Another excellent episode of Supernatural, two episodes in and two very good episodes; please let next week – written by the two most incompetent two less than stellar writers on the team, be good as well.

The writing in this was tight, the directing strong, the editing fabulous, and I cared about each and every storyline; yes, even the angel storyline.


Supernatural is wasting no time answering questions, even as it patiently sets the table for others.  We get Cole’s backstory, while not surprising, it does not lessen the tragedy of it.  As others have stated, he is quite similar to John Winchester; and I’ll add:  he’s like Dean as well, focused.  While Cole may have not understood what happened in 2003, once he sees Dean heal right in front of him, all that Sam said about vampires, werewolves, et cetera, fell into place.  As we know from all the hunters that have come before in this show, everybody got into hunting somehow.

The fight sequences were excellent, especially the intercutting between Dean beating the bouncer and Cole torturing Sam.  Dean’s pounding of Cole was also well done.  The choreography, camera angles, and editing were all superb. Carver has said that this season is about identity, facing and coming to terms with yours.  I think Crowley’s little speech to Dean to choose a side was just as much for himself as it was for Dean.  While Crowley buying one last girlie drink with the “tiniest umbrella” while Hey There Lonely Girl played and he looked intently at the picture on his phone of him and his “bestie” may have seemed over the top to some, I think it was Crowley trying to come to terms with just who he is, and who he is going to be.  He had the perfect opportunity to kill Sam, and perhaps Dean – although that may be up for debate, once he possessed the First Blade; yet he simply closed the deal and left.  He could have taken his embarrassment out on one of his underlings after Dean humiliated him and simply killed one or both of them, that’s certainly demonic; yet he didn’t.  Why?  I’m not sure Crowley knows exactly who or what he is.  I’m looking forward to the journey.

Dean’s quiet time at the piano, cutting and watching his hand whilst pondering Crowley’s words was him trying to make a decision.  When we saw him in Black, he was howling at the moon.  Here the realization is setting in that it can’t be all fun and games.  His encounter with Sam and Cole both pushed him to make a decision; I think he full-on wants to be a demon at this point.  I think it also interesting that while in Black he was relating and having relations with Anne Marie a waitress, this week he’s moved on to a stripper who is hands off.  He may have tried to have some contact, but he didn’t truly pursue it.  I think that too is part of the journey to cut all ties. When Sam was soulless, he sought Dean out.  At first it was because of the threat, but then he wanted Dean to stay.  While he said it was because things were better with Dean there, I’m not convinced since later he said he was picking each word with great care.  Demon Dean, on the contrary, seems happy unattached, and he does not look happy in any sense of the word when Sam not only interrupts his contemplation but says he’s going to save him.

It’s an interest flip to the characters as Dean has always been the one to seek out someone for companionship.  That’s how we first met him; he didn’t want to go after their father alone.  Demon Dean doesn’t seem to like company, not when there’s actual effort to be made.  Soulless Sam seemed to seek out others, be it the Campbell clan or Dean, whereas fully souled Sam appears willing to do things alone.  Even Dean stated in Exile on Main Street his surprise that Sam was hunting with others.

Another interesting parallel I saw was how Sam was willing to deal with a demon to save Dean.  We’ve seen that before from John Winchester.  Ever since Sam worked with Ruby, and was utterly used by her, he’s been very resistant to giving any trust to demons or any other supernatural creature save Castiel.  But here, when Crowley presented him with Dean for a straight up trade on the First Blade, Sam took it.

Ah, deals with demons never, ever go well.  But perhaps this one will be better?  Perhaps Crowley will actually do as he says, drop the blade in a deep volcano where it will never surface again.  While the weapon is pretty cool, there is a danger to having a ‘magic weapon’ that kills everything.  Better let it go.  They won’t miss it, or will they?  Didn’t Cain say he’d come calling for Dean expecting Dean to kill him?

Dabb gets huge kudos from me for being understated in his use of pop culture references.  While I cringed when Lester gave us the Franklin and Bash reference, I think that was on purpose.  After all, Lester was a loser.  If nothing else had happened, that was enough for me to tell Dean to just gank the jerk and move on.  The Princess Bride reference was beyond fabulous, and Jensen was brilliant in his delivery of it.  Major applause, Mr. Dabb, for inserting that reference so it made sense, rather than just showing us how clever you are while making Dean seem less than Dean – as has occurred with other pop culture shout outs.

I do have one quibble with this episode, well, two but they’re interrelated.  I wish Sam had escaped on his own and not been allowed to escape because Cole wanted to follow him, and darn it, Sam, time to get some eyes in the back of your head, ‘cause you should have known you were being followed.  Sam in the past has always known, Bloodlust, Everybody Hates Hitler – feel free to add the many other times.  He did truly look worn out and beat up and frayed as he encountered Crowley, so maybe he is just about to collapse and I should cut him a break.  I just don’t like it when smart characters are made to look dumb to further the story.

That last scene in the Impala was pitch perfect all the way around, lighting, angles, editing, dialogue and, of course, the acting.  Sam goes from disgust at the state of the Impala, to concern as he realizes Dean really doesn’t care about the car.  It’s a great way to further send home the truth that Dean is in a bad state, and Sam completely understands. Jared’s expressions as he absorbs Dean’s words regarding Cole and the import of it were superb.  I watched Sam transform from hopeful and determined to deeply fearful that he would be successful in saving his brother, as well as the horror of realizing that it just might be too late to save his brother. As for Jensen, I’m a huge fan of all that he is doing with Demon Dean.  His interaction with Cole, not only in regards to The Princess Bride delivery but with his line of “Did you miss?” regarding why Sam was still alive, his lines and expressions as he interacted with Jared were also entirely new to the relationship of these two characters.  I remember Jensen stating how hard it was to film WIAWSNB because Jared was playing a Sam that wasn’t the Sam Jensen was used to acting against in the prior 42 episodes.  Now, we are many, many years later, and I can only imagine Jared is experiencing something similar as Dean is unlike any Dean he’s ever seen before in his interactions with Sam.  It’s fascinating.

While much of this looks to be over in the next few episodes, I stand my ground thus far on my statement of I’d rather having a tightly written and executed arc than one that drags on and on due to some arbitrary timetable.  This is just too good.  Also, the plot for the fourth episode has me thinking that the idea of identity and accepting who and what you are might just very well play into that story.  I hope so.  But Paper Moon is not next, Soul Survivor is.  I am eager for next Tuesday. 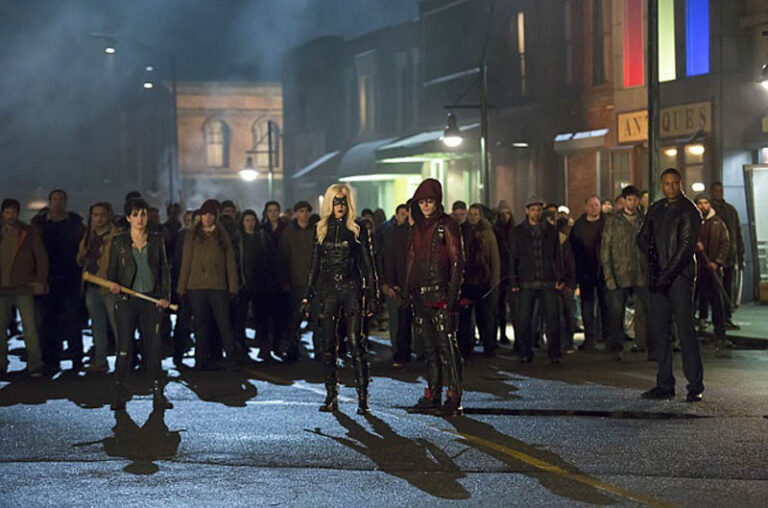 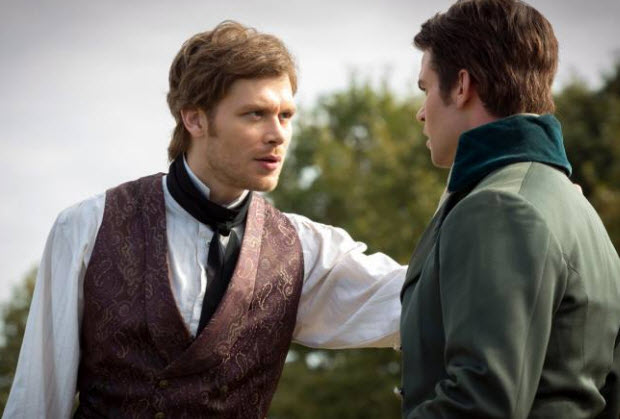 Well, I’ve got to say, I never called that.  “The River in Reverse” wasn’t deep into mythology or intricate plots as the show has been… 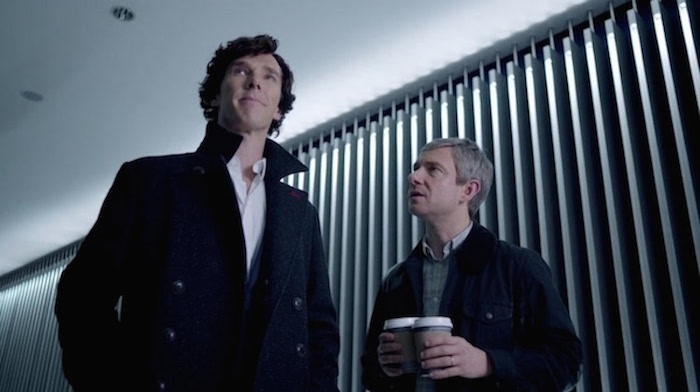 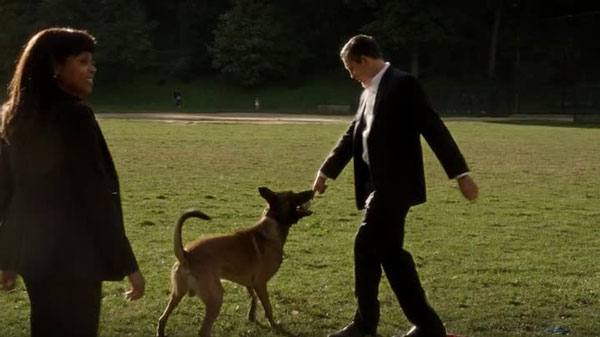 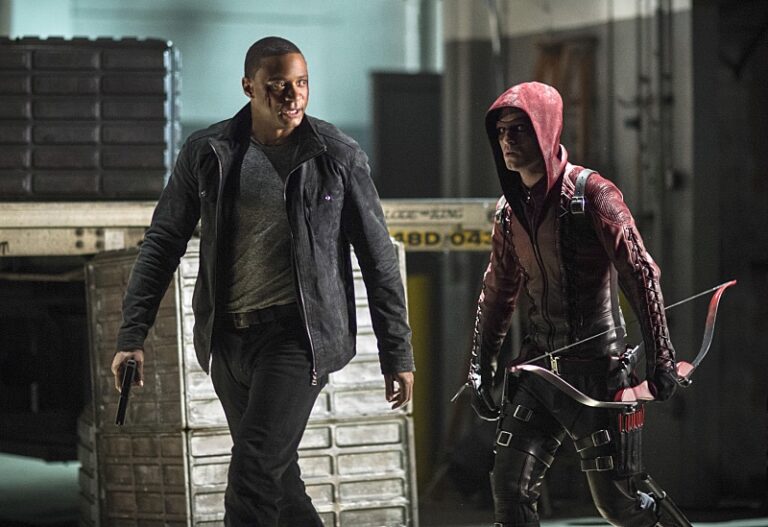