The surprise announcement happened!  Fringe was picked up by Fox for a 4th season, for 22 episodes nonetheless!  As someone that’s fallen a little behind on the series, especially since it was put on opposite Supernatural, I’m still very elated for them.  You see, this is good news for the Science Fiction genre.  It’s proof positive that this genre can still live on a major network.

The truth is Fringe’s ratings this year have really tanked.  This was a show that averaged almost 10 million viewers in its first season.  It didn’t help they were moved to Thursdays at 9pm last season only to experience a ratings freefall to an average of 7.34 million.  However, Fringe had remained strong in the 18-49 demo, at least in a time slot that didn’t fare well previously for Fox.  This year though, the ratings slid worse and the show was relegated midseason to the Friday at 9pm slot.  Fringe recently hit a series low of 3.8 million viewers and 1.4 in the 18-49 demo.  Many were gleefully touting it’s doom.

It’s been a popular topic of discussion here and there – the supposed waning popularity of Sci-Fi genre shows.  Why have Fringe’s ratings been falling?  Anyone who watches the show knows that the quality has gone up and has really hit its stride this season.  The main reason I see is that it’s been moved to time slots that don’t make it appealing for live viewing considering the other options.  Fringe is one of the top shows in DVR gains.  That’s the issue.  Many say DVR doesn’t matter, especially to advertisers.  True, but what do networks do when almost 40 percent of households now have a DVR?  It’s an elephant in the room that cannot be ignored.  So did it help Fringe in this case?  Probably not.  But it should of!

Think about it though, what else does Fox have on Fridays?  Fringe is still their most successful Friday show in a very long time, way outperforming Terminator: The Sarah Conner Chronicles and Dollhouse.  (I heard that grumbling about Firefly.  Stop it!)

It isn’t just Fringe.  Superhero shows like Heroes and The Cape have failed miserably.  Smallville is ending it’s ten year run with far less viewers than it once had (but honestly, still decent for a show in its 10th season).  Syfy (the rebranding from SciFi alone diminishing the genre) is going more for reality shows and less for originals.  They just cancelled Stargate Universe and Caprica (although mega kudos for recently picking up Being Human for a second season).  Lost and Battlestar Galatica are gone, Chuck has miraculously survived for four seasons, but has never gained that large audience and never will.  Human Target is due for cancellation and V’s chances aren’t looking very good either.

In terms of broadcast networks, only the CW can boast that their two top scripted shows, The Vampire Diaries and Supernatural, are Sci-Fi shows.  As a matter of fact, their most successful nights are Thursday and Friday, which are complete Sci-Fi lineups.  As a result, their new pilots are embracing those types of shows for the most part. However, The CW is a very small network, one that even has trouble competing with cable.  There in lies the dilemma.

As networks grow more mainstream and cable networks grow more niche, various television program types are shifting as well.  Closed ended procedurals are staying with the big networks and more creative, out of the box shows are going to cable.  Sci-Fi except in rare circumstances follows anymore the latter circumstance, not the former.  I sincerely doubt that we’ll see anytime soon a X-Files or Lost type show becoming as popular on one of the big four networks.  Why? Networks know from history that taking on Sci-Fi means lower ratings but a more faithful following.  If that faithful following is older men though, advertisers aren’t going to have fun with that.  Wonder why there is no Justice League style spinoff to Smallville?  Because advertisers slant against fan boys.  It’s too risky from a profit perspective.

Think about it though, is Sci-Fi really failing?  Thanks to cable and smaller broadcast networks, there’s more Sci-Fi shows out there than ever and they can be more easily found.  Remember the days when these shows could only be found in syndication?  When you had no idea what time Star Trek: The Next Generation or Babylon 5 was coming on because the scheduling was at the whim of the local station?  Shows that earned maybe two million viewers ten years ago were certain for cancellation.  Now they’re considered on cable and The CW to be huge successes.  That’s permitting many Sci-Fi shows to be given opportunities that weren’t available before.  They are being allowed to develop.

I hear the arguments.  What about Heroes?  I was an avid watcher of Heroes, until they finally lost me at the end of the third season.  Sorry, but the writing and plotting got too ridiculous.  You see, we’re human.  We want our Sci-Fi to be somewhat relatable.  We want to it to feel real and connect with the characters, even though these people are facing things that we’d never see in our wildest dreams.  Heroes lost that human element by the end of season two, thus killing a lot of its charm from the first season when it was great.  They sacrificed character development for ludicrous and unsettling plot twists.

From everything I’ve read too, Caprica and Stargate Universe also failed to connect with their audiences, loyal watchers of the previous successful franchises they were born from.  If you forget the original spirit of the franchise in your spinoff, that’s epic fail.  I remember watching Star Trek Enterprise with lots of hope and it never did manage to capture the aura of its predecessors.  It never developed rich characters which is what attracted me to Star Trek in the first pace.

I guess my point is before we go blaming networks on a failure of a Sci-Fi show, look at other factors.  Quality does matter.  It’s rare in television, but often quality does not trump low ratings.  When it does happen though, a quality Sci-Fi show seems to get more of the benefit of the doubt.  The network knows an audience might not grow but if a show maintains acceptable levels with loyal fans, they’re onto something.  Sure, sometimes quality isn’t enough (Yes, I’m hearing Firefly shouts again) but sometimes it helps.

So congratulations Fringe for doing something that so many Sci-Fi genre shows cannot do right now, survive on one of the big four broadcast networks.  Ratings or not, that’s a massive accomplishment.  It just goes to show that sometimes ratings aren’t the only factor in letting a show go on.   At least we’d like to think so.  (Yes, Firefly fans, I heard you the first thousand times).

In the meantime, because of loyal audiences are keeping a show like Fringe alive, Sci-Fi becomes more appealing to cable (and The CW).  Unlike the broadcast networks, a cable station would kill for that kind of audience.  Now there’s always hope for these shows to survive  and Sci-Fi can only get better.

This is the fun time of year for TV bloggers.  Okay, perhaps just Sablegreen and myself.  Aside from the fact that we’re on the cusp… 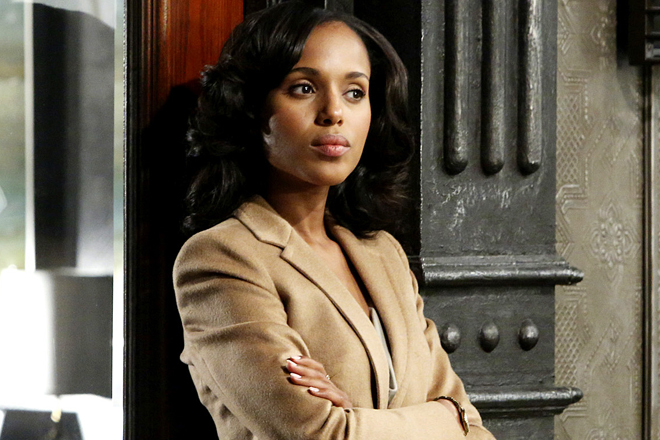 Fox, Fox, Fox.  I’m looking at this list of pilots, and I’m still trying to figure out where they have slots for even half of…

FOX has come out with it’s new 2014 Fall Schedule and there’s a lot of new programming, as well as a lot of shows saved…