The Walking Dead’s sixth season premiere brought it’s A game, giving us 90 minutes of fast paced action and great character dynamics. Not only did it showcase Rick’s talents as a leader (and perhaps a sort of tyrant as well), it still allowed plenty of moments for the rest of the characters (our core group and Alexandrians included) to shine. It accomplished all this while never letting up on the tension created by a new life-threatening (and creative) dilemma the whole community must work as a team to fix. And so, in drawing all The Safe Zone’s inhabitants together, “First Time Again” brilliantly drew viewers in as well.


We learn in the very first scene of the episode that massive hordes of walkers have shambled into and become trapped in a granite quarry, which results in a very dangerous situation that requires another great speech from “I know this sounds insane, but this is an insane world…” Rick, and an immediate action plan. That leaves many blanks to fill in from the time that Rick killed Pete, but the show illuminates each and every one through the use of stylistic black and white flashbacks.  The choice to differentiate the past from the present in this way made the flashbacks more visually interesting, but also made it much easier for the audience to tell which was which.

We see Abraham burying Deanna’s well-meaning husband Reg, and Jessie comforting her boys, who are devastated by the loss of their father (despite everything Pete was). We’re also treated to a small yet touching reunion between Tara, Rosita, Eugene, Glenn and Maggie, and we’re privy to a few private conversations between old friends Rick and Morgan, who have to get to know each other again – or more specifically, as the episode title suggests – for the first time again.

Tobin and Father Gabriel (sure, now he wants to help) are digging holes to bury the bodies of Reg and Pete, only Rick is completely against burying Pete within the walls of what he sees more and more as his community. Deanna concurs, telling Rick to take her husband’s killer west because “we don’t go out that way.” As Morgan and Rick throw Pete in the trunk, Morgan reminds Rick they do have a cell on property, to which Rick replies “Not for killers”, but then Morgan espouses some of his Zen wisdom by proclaiming “I’m a killer Rick. I am and you are, too.” It’s only one of many times where Morgan will serve as Rick’s conscious.  This creates an interesting dynamic between the two, and I’m curious to see if it plays out that way all season.

When Morgan and Rick drop the body off in the woods, they stumble upon the quarry (where Rick also saves Pete’s angry son Ron) and realize that all of the trapped walkers explain why Alexandria has become the safe zone that it is. But they also see the barricade (a few tractor trailers) slowly giving way, which means that at some point in the near future, the community will be overrun by zombies, and there will be no escape for anyone.

Rick quickly devises a plan to lead the walkers away, and Deanna, who is numb with grief, gives him free reign to do so. Most everyone is on board with the strategy, except Carter, who doesn’t trust Rick, because there must always be a human nemesis for our fearless leader every season.

Rick readies the whole community to carry out the plan, and during the preparations, we see that an astute Morgan is able to see through Carol’s Suzy Homemaker act, and an ambivalent Jessie basically tells Rick to leave her and her kids alone. In the interim, some walkers stumble by, and Rick wants to use them in a trial run to see if Carter and the other Alexandrians can defend themselves – which of course they can’t. Morgan, being the humanitarian he is, quickly intervenes, and Rick and his group follow, but it’s now clear to Rick that Carter won’t survive, and would never even still be alive if it weren’t for Alexandria’s walls.

But Carter thinks he knows better, so he recruits some community members and tries to convince them that the key to ending Alexandria’s troubles is to kill the leader who’s been the most successful in surviving the zombie apocalypse. But Eugene, who has an uncanny knack for showing up at the wrong time, clumsily brings the meeting to a quick end, and is almost murdered by Carter until Rick, Morgan and Daryl burst in like cowboys from an old western. Rick easily overpowers Carter, then in what could only be described as a Walter White moment (a la Breaking Bad) Rick asks “do you have any idea who you’re talking to?” but after holding a gun to the back of Carter’s head, Rick spares the guy’s life, even asking Carter to work with them to survive. It seems Morgan is a good influence on Rick, bringing out what’s left of his humanity, or maybe just reminding Rick he has quite a lot still inside of him.

We get a whole bunch of other compelling scenes throughout the premiere, but most notably Glenn’s ability to forgive Nicholas, who, in the season 5 finale, tried to murder Glenn. Nicholas does want to make amends, but its Glenn’s sense of honor and merciful nature that allow him to keep quiet about the attempt on his life, which in turn lets Nicholas escape exile from the Alexandrian community. Glenn never ceases to impress, whether he’s forgiving serious transgressions against him or kicking zombie ass when clearing out a tractor store. Though he tells Heath (a new character who’s fearful about taking on that many walkers for the first time) “I’m supposed to be delivering pizzas, man” he underplays what he has become – a warrior survivor and a true leader in his own right. Which, incidentally, makes him a perfect target for the writers to tragically kill off. But please show, you must know that Rick – and we- need Glenn.

We also see a quiet moment between Morgan and Rick – two friends who may indeed know each other better than they thought, and once again Morgan reminds Rick who he really is. And it’s the truth – but not the whole truth any longer – because, Rick has seen and gone through too much since he gave Morgan that radio to keep in touch in Atlanta. But despite everything, he can still sit on the front steps of his porch, watching his baby daughter in the arms of his buddy. And the show proves once again, that they can do moving character scenes like nobody’s business.

Rick and his people carry out the plan to lure the walkers away, with Daryl (looking cool) on his motorcycle and Abraham and Sasha in the car (and Sasha finally seems resigned to actually live). All goes smoothly, until Rick is proven right when Carter gets his face bit off by a walker, screaming and inadvertently drawing some of the zombies off the main road. Rick shows no hesitation in putting Carter down – he will always do what needs to be done. The group gets everything back on track again, but just when the plan seems like a huge success, a blaring horn starts leading the walkers right back to Alexandria – and cue cliffhanger!

Despite a few minor “what the hell?” moments (why would ridges and ditches keep the walkers going straight on the road when everyone corralling them leaves? Tara is now one of the most important people in the world to Maggie?) the season premiere did everything right: It immediately set a story in motion via a serious walker threat – which was a nice change of pace from “people are the real danger” that we’ve had for many seasons; It provided solid character interaction, especially between Morgan and Rick; And it adequately tied up the remaining loose ends from last season’s finale. What more could we ask for in a series premiere? Now we just have to sit back and find out who’s responsible for blowing that horn (though we can guess) and watch how Rick and his community get out of this one. 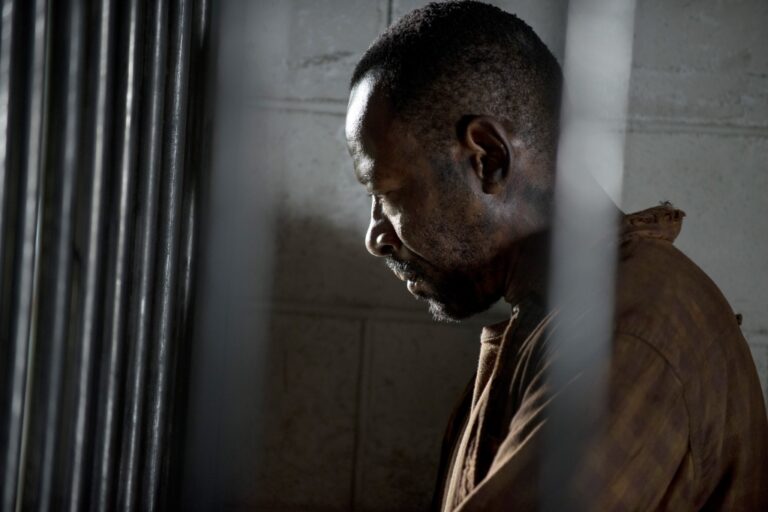 I’m happy to say that, for me, much of this episode worked, even as the end to Demon Dean, a refreshing story arc for this tenth-season show, was… 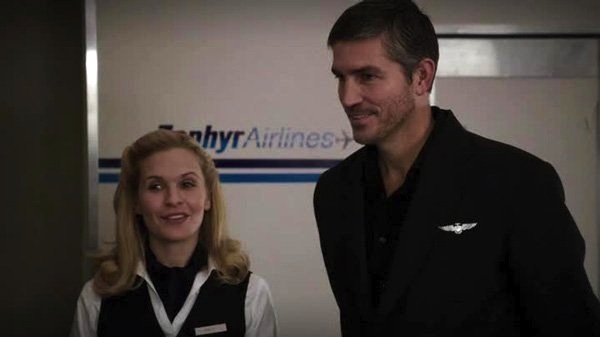 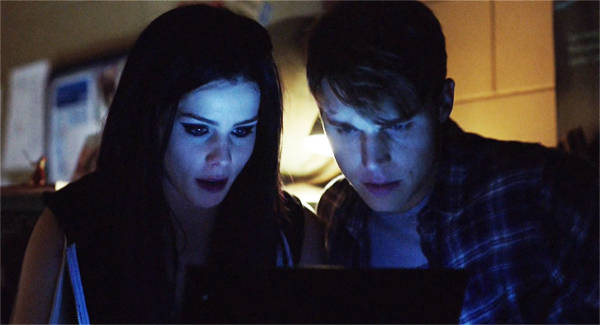