NBC announced some drama renewals today, and one of our TVFTROU favorites made the list.  Grimm has been officially renewed for season four!  Also getting votes of confidence today are Chicago Fire for season three, and it’s sister spinoff Chicago PD for season two.  NBC also confirmed that Parks and Recreation, Celebrity Apprentice, and The Biggest Loser were renewed.  They join already renewed The Voice and The Blacklist

Looking at the scorecard, that leaves Law and Order: SVU, Community, Revolution, Parenthood, Hannibal, Dracula, Believe, Crisis, About A Boy, and Growing Up Fisher up in the air.  Considering the latter four only recently premiered and need some more time before a decision is made, they really don’t play into the scorecard right now.  Numerous pundits are predicting Law and Order: SVU and Parenthood to be back, Community to be a toss up, and Revolution, Hannibal, and Dracula will likely not survive.


Below is the press release from NBC.

Following the success of “Chicago Fire” last year, Emmy Award-winning producer Dick Wolf’s idea to build a second franchise in Chicago has become a reality with the renewal of mid-season success “Chicago P.D.” Both shows share the same creators and producers making it easy for characters and storylines to occasionally crossover seamlessly from one show to the other. This will be the case on the upcoming Tuesday, April 29 episode of “Chicago Fire” — a massive bomb explosion sends the city into chaos, which will conclude the following night, Wednesday, April 30, on “Chicago P.D.” where the police officers deal with the fallout from the tragedy and try to find who was responsible for the blast.

“Chicago Fire” ranks #1 in the Tuesday 10 p.m. ET/PT slot among the broadcast networks so far this season in adults 18-49, averaging a 3.1 rating, 9 share in 18-49 and 10.6 million viewers overall in “most current” averages from Nielsen Media Research through the first 25 weeks of the season. “Chicago Fire” is generating gains versus one year ago of 35% in 18-49 rating and 33% in total viewers. With its move from Wednesday nights last season to Tuesday nights this season, “Chicago Fire” has improved the Tuesday 10 p.m. hour versus NBC’s regular-program averages in the slot one year ago by 24% in adults 18-49 (to a 3.1 rating from a 2.4).

“Chicago Fire” will head into its third season next year and “Chicago P.D.” will go into its second with executive producers Dick Wolf, Matt Olmstead, Danielle Gelber, Michael Brandt, Derek Haas, Peter Jankowski, Joe Chappelle (“Chicago Fire” only) and Mark Tinker (“Chicago P.D.” only). Both series are produced by Universal Television and Wolf Films and shot in Chicago.

“Chicago Fire” has been nominated for a People’s Choice Award and is the winner of a Prism Award and Imagen Foundation Award.

Freshman series “Chicago P.D.” follows the uniformed COPS who patrol the beat and go head-to-head with the city’s street crimes and the Intelligence Unit that combats the city’s major offenses, including organized crime, drug trafficking and high-profile murders.

With the renewal, “Grimm” — the popular Friday night series inspired by the classic Grimm Brothers’ fairy tales — will now head into its fourth season. “Grimm” is the #1 Friday series on ABC, CBS, NBC or Fox so far this season in adults 18-49, averaging a 2.5 rating, 8 share in adults 18-49 in “most current” averages from Nielsen Media Research. This is a 4% gain versus the show’s rating at this point in the season last year, while “Grimm’s” average of 8.1 million viewers overall is up versus one year ago by 17%.

The series was created by David Greenwalt & Jim Kouf and Stephen Carpenter. Sean Hayes, Todd Milliner and Norberto Barba serve as executive producers along with Greenwalt and Kouf.

“Grimm” is a Universal Television and Hazy Mills production. 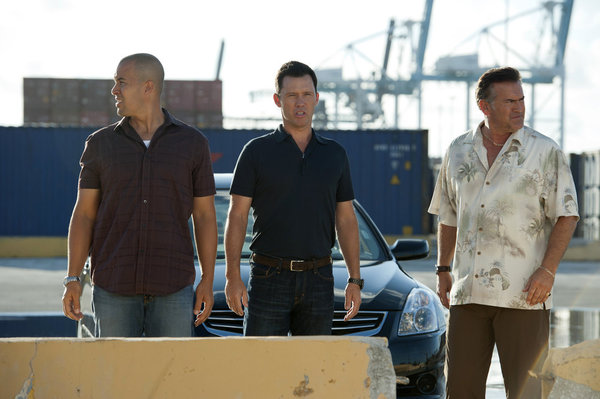 We knew this was coming.  It was only time considering the pictures came out yesterday!  Here’s the official description for Supernatural episode 9.01 (or 9.02… 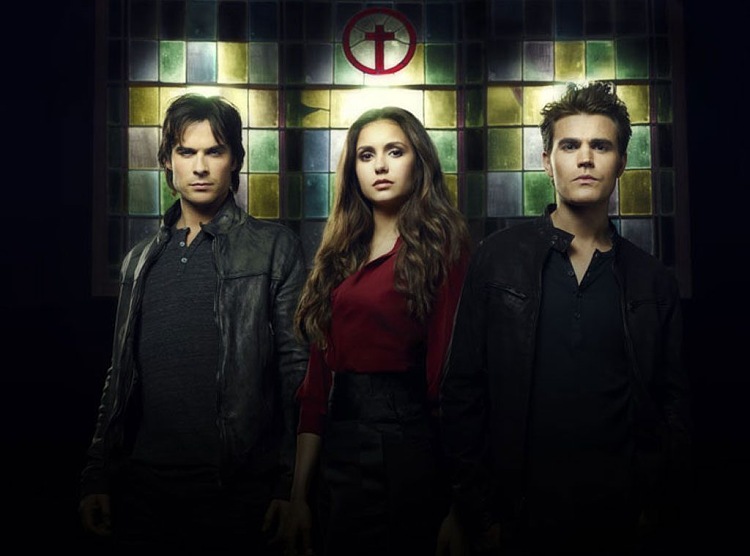 CBS announced their fall premiere dates today and because of Thursday Night Football (which premieres September 11th BTW), CBS will be bucking their traditional premiere…