I enjoyed this episode.  I’ve watched it twice already and will watch it again. That hasn’t happened in years.  This is a refreshing setup to Supernatural, much like Exile on Main Street.  I adore Sera Gamble, but her term as showrunner was fraught with what appeared to me to be OCD:  Too many ideas all tossed out and embarked upon, none of them, to me, fulfilled in any way that was satisfying.  I think that came from the freedom of having an entirely new direction to take the show, and the excitement of just going, well, everywhere with it.  So, it comes as no surprise to me that I was about as excited for Season 10 to arrive as I was for Season 6 to arrive:  very excited.  All new possibilities, a new fresher approach, Dean is a demon – or a demon in the making, and Sam is, well, Sam is back to the Sam I fell in love with in the first place.  I’ve missed this Sam a lot.  (Judging by Jared’s comments at all the cons and interviews since Do You Believe in Miracles, he really likes, and missed, this Sam as well.)


I’ve read many reviews, and included some below that touched on elements or themes I saw.  I’ll not include my thoughts here on those thoughts for the save of brevity – yeah, right.  So, with those preliminaries out of the way, on to my review:

Much like Bob Seger’s “Beautiful Loser” set the tone for “Exile on Main Street,” and gave us insight into Dean’s headspace, Pat Benatar’s frenetically paced “Heartbreaker,” while lyrically very appropriate for Dean’s actions, rhythmically it gives insight into Sam’s headspace.  He is frantic. For Sam to be so violently out of control in the immediate aftermath of Dean’s death is not surprising.  We saw his desperation in “Faith” and similarly in “In My Time of Dying.”  He may not have done monstrous deeds, but a lot of time, and innocence, has passed.  Dean also has this trait of going to extremes in the immediacy of the loss, an angel to possess and save, and let’s not forget Dean selling his soul.  Season 6 showed a longer desperation to restore Sam’s soul, but Dean went pretty desperate in his work with Death.

I’ve read a lot of comments that fans are underwhelmed by Demon Dean.  I’m not.  I find it totally in keeping with what we know about Dean himself, and what has transpired up to this first episode.  Dean has always been about Sam, following dad’s orders, and the family business.  Any chance Dean had of being his own person died when he was three months shy of his fifth birthday, the day Yellow Eyes dripped blood in six- month-old Sam’s mouth and killed Mary.  From the moment John put baby Sam into Dean’s arms and told him to take his brother outside as fast as he could, Dean’s life changed forever.

For better or for worse, Dean has been about saving Sam, protecting Sam, taking care of Sam.  He’s smothered Sam at times, to be sure, but he’s also been Sam’s fiercest protector, and many times his greatest champion.  Dean has also never had any dreams for himself – despite what Shapeshifter Dean said in Season 1’s Skin about Dean having dreams — other than for Sam to be safe and for them to be a family.  It’s no coincidence that when the Djinn captured Dean in “What Is and What Should Never Be,” his dream world had Sam marrying Jess, graduating law school, getting everything he always wanted.

Dean has also always been Daddy’s little soldier, or blunt little instrument, a grunt as he told Sam in Trial and Error.  Dean has also always taken on the role of protector of everyone, Kevin, Sam, Castiel, Pamela, Ash, Jo, Ellen, Bobby…you name it.  If they’ve died or been injured, Dean absorbs the blame, and the guilt.  It’s self-imposed blame, but he piles it on.  He doesn’t believe he should be saved and he doesn’t believe he can ever escape “the life”.

So, here we are, a mere six weeks after Dean’s resurrection courtesy of the Mark of Cain, and he is in a whole new world.  He cares about nothing, absolutely nothing.  We’ve never seen Dean carefree, ever.  So, much like a freshman in college, away from home for the first time and free of curfews, cleaning their plates of broccoli and spinach before dessert, and little to no alcohol allowed, only to bomb many classes as they’re hung over, cutting classes, and gaining the infamous “Freshman 15”, we see Dean simply blowing off steam without a care in the world.  He is howling at the moon as Crowley offered, and he loves it; beer, karaoke, girls, and bar fights and Demon Dean is feeling fine.  When he’s pushed by Crowley to get it together, he pushes back by drinking more, singing more and having more sex.  When he’s pushed by Anne Marie to own up to what’s going on inside his head, he insults her – and himself in the process, but he doesn’t care.

However, the end of the episode showed that carefree Demon Dean is going darker.  He truly cares about nothing.  Jensen chose to play him this way because as he stated, what’s scarier than someone who just doesn’t care about anything.  Nothing really, not when you see it unfold.  Demon Dean is faced with the knowledge that his brother, the very person that has been the focus of his life is in mortal danger – and he does not care.  He tells Cole that Sam got himself in the mess he’s in and he, Dean, isn’t coming to trade for him or save him or anything else.  He’ll kill Cole at some point in time, make no mistake about it, but I don’t read that as revenge for Cole killing Sam – that would imply that Demon Dean cares.  No, I read it as Demon Dean being angry at Cole for daring to call him and threaten him, and frankly for bothering him.  It’s no different than the treatment Crowley and Anne Marie got when they pushed Dean.

“Black” may have started off a little lighter in the Demon Dean department than some may have wished, but I don’t believe we’ve seen all there is to see. I’m certain Demon Dean won’t be around for too long.  With a 200th celebratory episode as the fifth episode of the season, it is likely Demon Dean will be cured by then.  However, Carver and others have stated that while Dean may be cured in short order, the Mark persists, and Jensen is purported to have stated that the brothers will have to deal with that lasting consequence together.   I may wish the arc to go on a little longer, but then again, I’d rather be left wanting more than wishing it was over six or seven episodes earlier.

While I may have been let down because of my own hopes and interpretations of what Ms. Gamble stated would be a smaller, more personal scope in Season 6, I remain cautiously optimistic for this 10th season of “Supernatural” – especially as Jared and Jensen maintain their infectious enthusiasm for what lies ahead and have been consistent in their statements that the brothers are working together and that Jared especially is excited to have the Sam from earlier years back.  I say bring it!

Here are some of the other reviews I’ve read that hit upon some themes/threads I found especially compelling:

First up is Alice’s review on TWFB site.  Her comments on the angel storyline were exactly my thoughts.

Here is Nightsky’s threads on TWFB site.  Basically this entire article I read saying, yeah, right on!  Especially how Jared acted the heck out of everything, and I adored Gas-N-Sip attendant.  He was spot on fantastic:

Here is P.S. Griffin’s take on Black.  This writer presents some fascinating analysis of the four main characters, where they are at, where they might go.  To me, this is a must read:

While Carver’s choice to have Sam be completely out of character in Season 8 and not look for Dean – and no one on the writing team ever came up with any suitable reasoning – and Jared looked nearly apologetic every time he had to show Sam owning up to that, I did like Crowley’s line as he twisted the knife into Sam’s heart about hitting a dog.  It’s Carver’s way of apologizing for that error, and I’ll accept the apology.  You try things, some work and some don’t.  True enough they could have fixed that storyline in Season 8 by a mid to late season flashback and explaining but they didn’t.  Carver has gotten a do over, and it appears he’s taking full advantage of it.  I don’t think this destroys Sam’s character – after all, Dean has tortured plenty, and done some pretty dodgy things:  killing Amy Pond, erasing Lisa and Ben’s memories, making deals with demons, accusing Sam of letting him down and never being there for him…let’s face it, no one here is innocent, but Carver has given us Sam fully committed to saving his brother, and like Dean, he’ll do whatever it takes.  Apology accepted, Mr. Carver.  Don’t do it again, with either brother, ever. 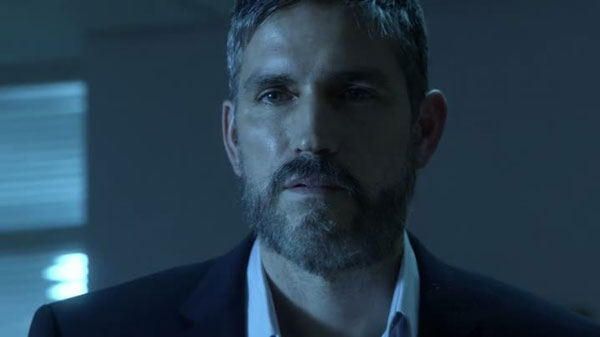 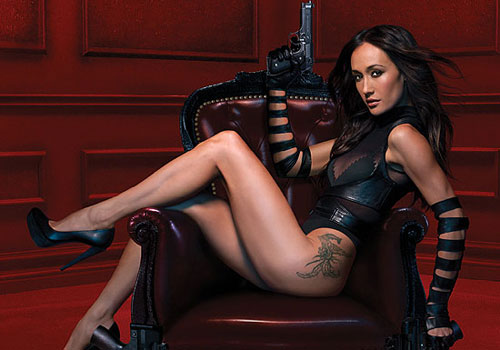 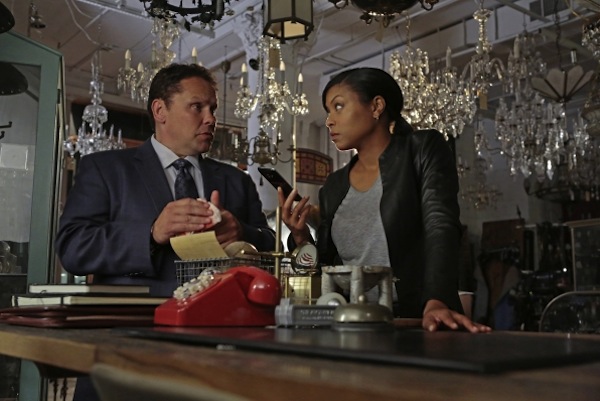 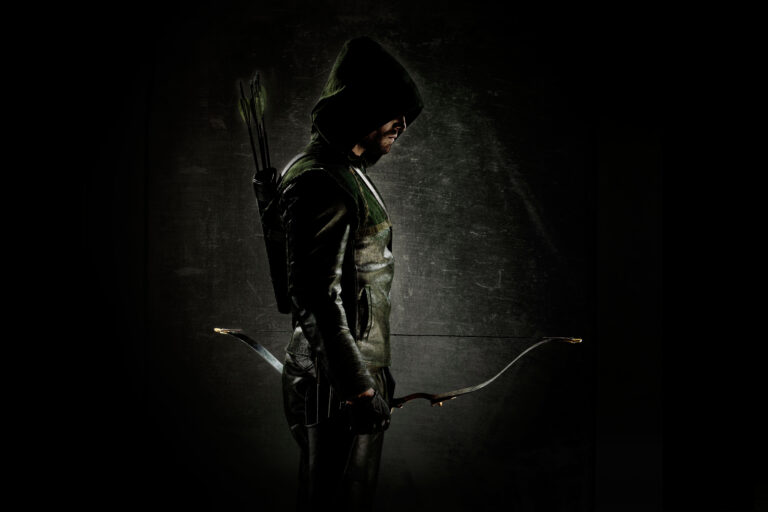 After two seasons of consistency, Nikita’s third season opens with a new monologue; it is not Nikita who opens the episode reminding the viewer of…