It’s that time of year!  It’s when I start getting questions about The CW and how in the world they’re going fill just ten hours of programming with a slate of mostly shaky at best selections (yes, exclude Supernatural and The Vampire Diaries).  In other words, it’s time for the annual “Be the CW scheduling executive” game.  Considering Dawn Ostroff is on her way out, you have a scapegoat now should you fail.  Oh wait, she always was!

Last year surprisingly was a load of fun.  Sure, it ended up that Supernatural was moved out of Thursday to Friday, something we all saw coming a mile away, but hey, we had fun debating it!  We also figured that 90210 and Gossip Girl was the dream pairing and it came true, meaning that I only needed to avoid my CW station on Monday, not Monday and Tuesday!  Also, we were biting our nails over whether or not One Tree Hill would return.  Oh yeah, that anticipation was rough.

This year, the picture is even murkier!  Here are the variables:

With Smallville ending, Life Unexpected gone and both freshmen Nikita and Hellcats on the bubble, the CW would probably pick up 2-3 new series.

Word is CW brass like the young attorney-angel pairing in HEAVENLY and another duo, the fashion-loving young female cops in COOPER & STONE.

Zombie drama AWAKENING has had a lot of fans since the script stage, while, despite not delivered yet, witch tale THE SECRET CIRCLE is riding high on the strength of its showrunner Kevin Williamson.

HART OF DIXIE: I hear there have been issues with the medical drama starring Rachel Bilson. First, while gorgeous on screen, I hear Bilson is not particularly believable as a doctor (she delivers a baby in the pilot no less!).

DANNI LOWINSKI: Early bird did not catch the worm in this case as I hear this pilot ordered early on is not looking good.

I’ll give you my analysis to start off with:

These two are perfect together!  Their sinking in the ratings is directly proportional!  They’re definitely meant to go down in trashy harmony (yes, you’re allowed to call me a pompous bitch for that).  Mondays stays in tact because, well, do you really think anything would attract you to this network on Monday?  It’s busy enough.

One possibility is Hellcats and/or One Tree Hill are renewed for 13 episodes only and worked in with rotation with these two.  After all, they repeat terribly.

Of course, if they do the 13 episodes thing on Mondays, what does go here?  Nikita is the polar opposite of the ANTM demographic.  It’s my guess, another pilot will be tried (and will likely fail, which helps if Hellcats and One Tree Hill are on the bench).  Although, maybe Awakenings will work.  Tyra Banks is practically a zombie herself, so the pairing might fit.  (I kid, I kid)

Unless Kevin Williamson’s pilot of The Secret Circle comes back a total stinker, how can this not be the pairing?  Same author, same genre, same executive producer.

Nikita has to get out of the 9pm slot.  Even though the overall ratings are somewhat decent, Nikita loses half of The Vampire Diaries lead in with 18-34 women and .5 or more in 18-49 and 18-34 and often 50 percent in viewers.  These shows are clearly not compatible.  This is exactly why Supernatural was bounced out of the timeslot last year.  Which brings us to…

It’s the wild card night.  Or if you’re a Big Bang Theory fan, call it “Anything Can Happen” night!

Tuesdays and Fridays need to be discussed together.  Believe it or not, Fridays has been The CW’s big success story this season.  Smallville and Supernatural have always been the perfect pairing and from a demo perspective, their ratings are identical.  Plus they’ve consistently strong every week.  However, no matter how much we wish for that Justice League spinoff, Smallville has run it’s course.  So, what show could you possibly pair with Supernatural on Fridays?

Nikita is a leading candidate because its ratings across the board match Supernatural’s (Okay, Nikita has actually been slightly less but they attract the same audiences).  However, do you burn a second year show off on a Friday?  You can on The CW, since that isn’t the death night that it is on other networks.  The CW often competes!

Awakenings is supposedly a good pairing (Heavenly’s description sounds right, but it probably doesn’t have the darkness Supernatural does), but tell me, you want to try a new series on Fridays?  I know it’s a strong night for The CW, but wow, that’s a bold move.  Only established series have proven to gain an audience on that night on any network.  However, the rule is if you want to premiere a series, it’s best to pair it with an established veteran.  Supernatural as a lead in (yes 8 pm) would give it a boost, but then again, the Vampire Diaries didn’t use Supernatural as a lead in and did fine.

I’ve heard the arguments.  Why not move Supernatural with one of the new pilots (Awakenings) to Tuesdays?  The biggest risk is Supernatural is a proven winner on Fridays.  The CW desperately needs that stability in the schedule.  Plus, after the next season, Supernatural’s life span goes year to year (a common problem for all aging shows).  Why establish it on Tuesdays if it doesn’t make it past season seven?  Fridays does seem to be the best fit.

I also don’t see Nikita working with any of the pilots, except maybe Heavenly (don’t know much about it).  So, what the hell do you do with Nikita?  Fridays at 9pm with Supernatural at 8pm?  Tuesdays at 9pm, with an odd pairing of One Tree Hill and/or Hellcats?  Pair it with something new (Heavenly or Cooper and Stone)?  Don’t renew it at all?

It does seem like The CW could end up with three Sci-Fi/Fantasy nights.  Of course, they could also claim poverty and pair Supernatural on Fridays with an America’s Next Top Model repeat.

So what’s my prediction on Tuesdays and Fridays?  I don’t know!  I don’t think The CW can afford to pick up four new series.  So I say Heavenly bites it, Nikita gets paired on Tuesdays with Cooper and Stone, and Supernatural tent poles Awakenings on Friday (if that’s the case, I think Supernatural stays at 9 pm).  Opinion subject to change as more intel and over-thinking sets in.

Okay, prospective scheduling executives.  What schedule would you build out of this mess?  There’s a rule, you can’t use any series that isn’t listed above.  I know that upsets you bitter Veronica Mars fans, but this mess is murky enough!

It’s hard to believe this year’s Pilot season is almost coming to a close.  Upfronts are next week for networks and Pilot testing is just… 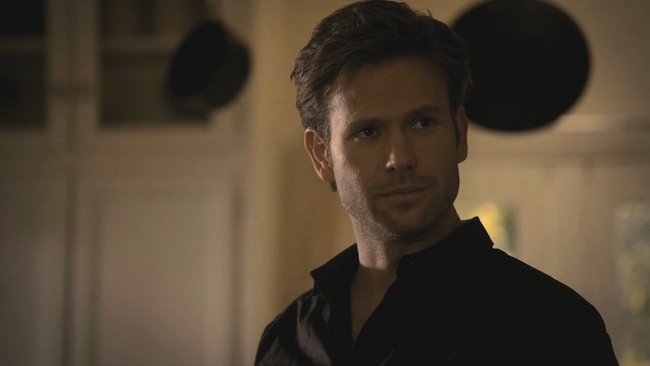 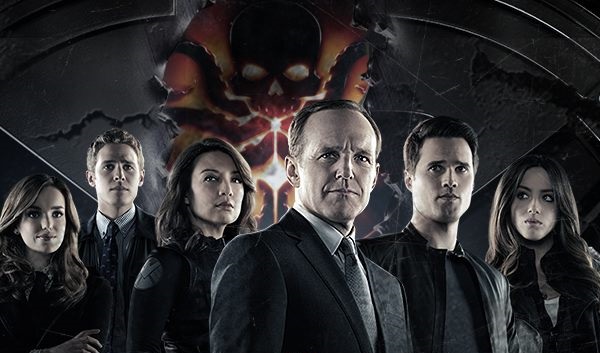