I liked the pilot of Almost Human, but it wasn’t perfect. I’m encouraged by the improvements made in the second episode, Skin. It’s funny and smart, and has elements of deep emotion and even tragedy. The acting, both comedic and more serious, is outstanding by the regular cast and the guest stars. There are still some problems, as is to be expected from a new show, but I thought this episode was great and an improvement on the pilot.

The cold open begins in a hotel room with a sex worker and her “john” talking. Instead of getting down to business, so to speak, the man is taking measurements and samples. Two men who were observing them via CCTV burst into the room and kill the man. It’s a fast-paced and intriguing start to the episode and immediately adds layers to the show’s world-building. DNA bombs! Flash masks! Unsterile hotel rooms! Okay, maybe that last one isn’t so new but you get my point.

When Kennex and Dorian arrive to work the case, we’re treated to an increasingly funny series of scenes. Kennex tries to charm some children (no, stabbing yourself in your synthetic leg is not the appropriate way to bond, John) and it doesn’t go well. Dorian repeatedly teases Kennex about it: “I’ve never even been a child and I can tell that was traumatizing.” These scenes quickly establish their dynamic for the episode: grouchy and touchy Kennex being relentless mocked by Dorian. It’s a necessarily light contrast to the more serious aspects of the case.

The woman in the hotel was a “sex bot” (or, more crudely, a “bang bot,” per the -charming Det. Paul) and she left traces of the DNA of a missing woman at the scene. The deceased man was an android developer who lost his business a year when his company’s biggest client cancelled their contract. A woman is then kidnapped in front of her son. The police tie the two together and at this point the case becomes fairly predictable: the bad guys were the dead guy’s clients and they stopped using his company because they are kidnapping women to harvest their skin to create superior but illegal synthetics.

Despite the predictability, the episode remains intriguing, helped by how quickly the case moves along. Kennex and Dorian locate the missing sex ‘bot but her skin has been removed. Rudy dissects her skull to see if any of her memory can be salvaged. The scene is graphic and disturbing, for Dorian and for the viewer. It also serves to advance a key sub-plot: what happens to synthetics after they die? Unfortunately, all that gore was for nothing: Rudy needs a “live” sex ‘bot if he’s going to be of any help. Kennex and Dorian apprehend Vanessa (Ella Thomas), a-DNA-enhanced synthetic created by the bad guys. She is incredibly sexual, but also very sweet and good at reading people. As Dorian notes, Vanessa was designed to bond with people.

Vanessa is the first non-law enforcement synthetic on Almost Human, and it’s intriguing seeing this softer version. The chemistry between Dorian and Vanessa is quickly established and very natural. Given her capacity for empathy, it’s no surprise that Vanessa and Dorian share similarities in their programming. The actress who played Vanessa is outstanding and really elevates this small but critical role. She uses bird-like head motions and her pleasant but vacant stare that reminds you Vanessa isn’t really human. She’s also incredibly striking and beautiful, consistent with the other synthetics. Almost Human is casting the synthetics so well. Or maybe they’re not really actors, they’re actually androids!

I knew that Dorian would be a focus of the series, but I didn’t expect the show to so quickly establish such a plausible and affecting storyline. Almost all of the best scenes in the episode revolved around Vanessa, particularly her last scene. Dorian stays with Vanessa as she’s permanently deactivated and the entire scene is surprisingly poignant, even though there’s almost no dialogue. This is a credit both actors. The scene also highlights an important sub-plot of the episode: Dorian’s fear of what will happen after he “dies.” Will anyone remember him? Will Kennex, like he remembers his dead partner? It takes a deft hand to make this kind of storyline moving without it becoming ridiculous or unbelievable.

Several things that worked well last week do so again. The supporting cast is used well throughout the episode. Maldonado has a very small role, but her scenes are key to the plot and the development of the characters. Rudy adds comic relief as well as being integral to solving the case. I was glad to see Det. Paul was both obnoxious and part of the team. He didn’t come across as quite the bad guy he seemed last week. The visual effects are spectacular and enhance the overall vibe of the episode, especially the strobe lighting in the sleazy club. And when Kennex questions the victim’s son, the robotic giraffe he uses to bond with the boy made me gasp with delight. I want one of those!

Now for the scene that got a lot of attention. I think I’ll let it speak for itself:

Dorian:I ran a bio-scan and it looked like your testicles were at full capacity.

Dorian:I didn’t enjoy it. I just –

Kennex:What is the matter with you? [Awkward pause]Don’t scan my testicles. Ever again.

The scene was hysterical, unexpected, and so, so naughty. Thank GOD they didn’t tease it, and if they did, I’m really glad I missed it. I doubt any network show has ever been as graphic about a character needing to get laid as this was. I’d worry that it was only intended to pander to the newly developed “Kennian” fandom if it hadn’t reminded me that Dorian’s has trouble respecting social mores.

Several things are improved from the pilot. Last week, Kennex’s angry disdain for Dorian was resolved too quickly. They have an easy rapport in “Skin” that doesn’t negate their chemistry but allows them to work as a team. The connection between Kennex and Stahl was a lot better this episode, perhaps because the show used Dorian as a buffer in their scenes. WhiIe Minka Kelly was good, I give most of the credit for their chemistry to Karl Urban; he plays their scenes with embarrassed fumbling and an awkwardness that’s both funny and endearing. Having said that, I think the Kennex/Stahl relationship is being pushed too hard and too fast. Subtle and complex works a lot better than forcing a relationship down the viewers’ throats. I would point to the slowly burning chemistry between the Sleepy Hollow leads as an example Almost Human would do well to follow.

What else didn’t work? Not much! Some of the transitions were jarring and if you weren’t paying close attention you could miss important details of the case. I still don’t understand how they immediately tied the sex ‘bot into the kidnapping or how they caught Vanessa. The most jarring, though, was how Kennex went from terrible with kids (see: stabbing himself in the leg) to bonding with Victor (see cute giraffe). As much as I enjoyed those scenes, they don’t really line up well, especially since they’re back-to-back. Finally, sometimes there’s a sense of seriousness about the case that overreaches its subject matter. Or perhaps the humor goes too far in setting a lighter tone that the case’s seriousness can’t quite permeate. I also thought that where last week’s plot was complicated and unpredictable, this week’s was a little too easy to see coming. Was anyone surprised that the kidnapped mom made it out alive? But these are all really just minor complaints.

On just about every level, this episode worked. It avoided some of the problems of the first episode and continued to pique my interest in the watching Almost Human. I loved this episode. I give Skin an A. 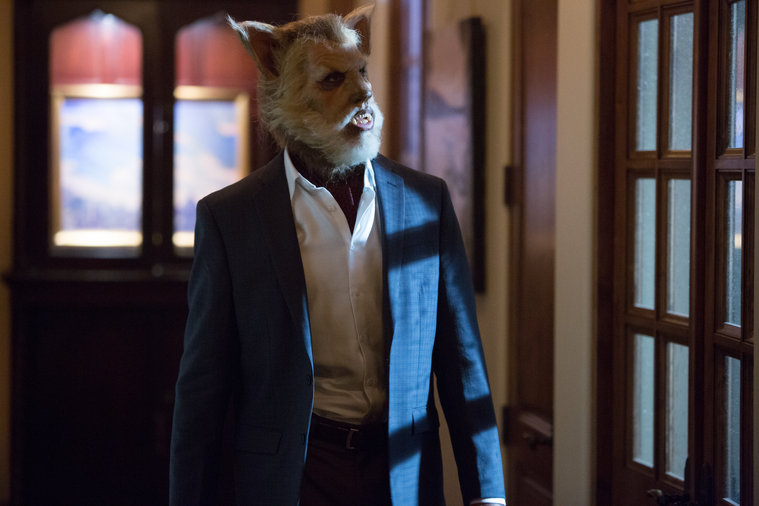 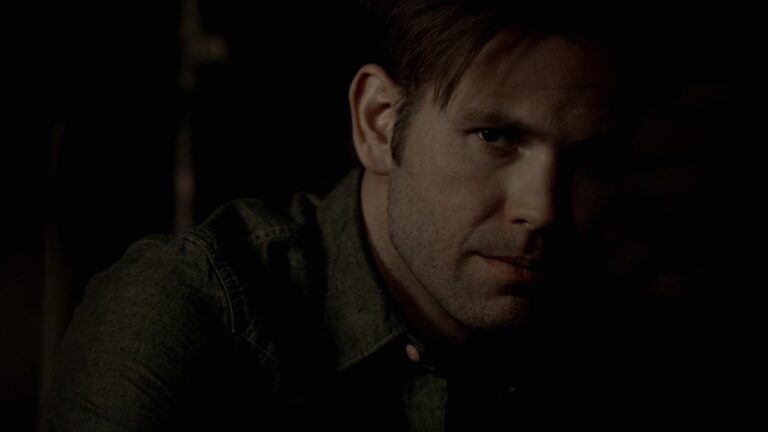 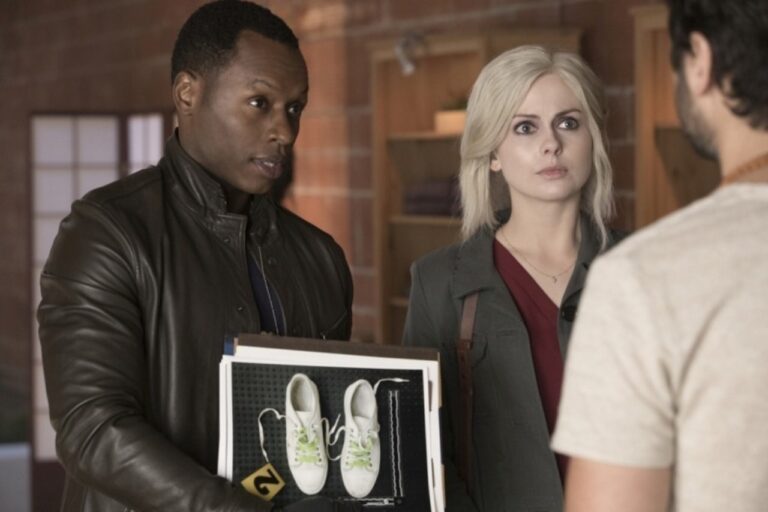 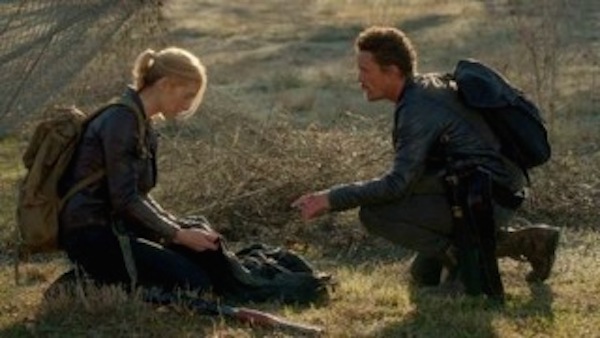 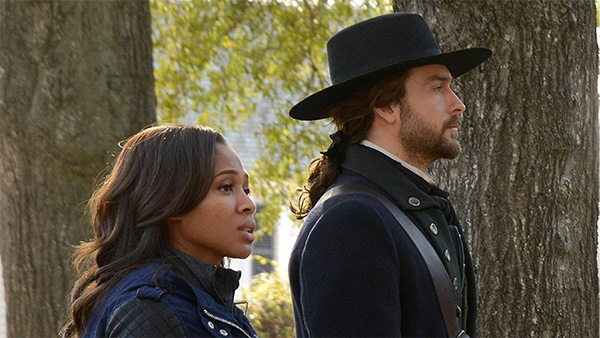