Nicole Murray has been writing reviews for a recently closed Supernatural site SaltedandBurned since the Fifth Season episode “99 Problems”.  Her “firstest” friend (they have known each other since they were three) made her promise to sit down and watch Supernatural starting with the first season when the show was on hiatus between the third and fourth seasons.  By the time she got to the Scarecrow episode, Nicole called that friend and yelled at her for not telling her Kim Manners was involved in the show.

A long time X-Files fan, Nicole was able to recognize Kim’s directing style before even paying attention to the show enough to watch the credits.  She has been hooked ever since.   When she isn’t obsessing about Supernatural and other TV shows, Nicole runs, reads, acts, yogasizes, and writes in her blog: http://newenglishwoman.blogspot.com. Most recently, she created a vlog that goes live on Sundays.  By day, she attempts to fund her obsessions working as an attorney.

Bookdal is an academic who loves to embrace both the intellectual and fun sides of TV.  When hot guys get involved, the results are rather… 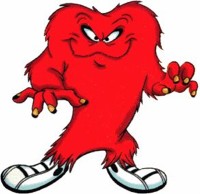 Alice Jester is currently the founder, creator, editor-in-chief, site developer, moderator, and admin for TV For The Rest of Us. This is her second site…

P.S. Griffin has spent the majority of her life working as an art conservator studying and restoring art objects and artifacts in museums, on archaeological…

Elle2 was the second writer ever to join The Winchester Family Business as a Supernatural reviewer, where she was a long time writer.  Now she’s…

Nate is our Comic Book hero, doing reviews for The Flash as well as other fun stuff that suits his inner fan boy. Nate’s Articles

Drawn to science fiction/fantasy dramas at a young age, Roxanne spent many days after school running around the house wearing cardboard bulletproof bracelets and swinging…