After a very long wait, Grimm finally bowed this past Friday, and things picked up right about where we had left off.  I’m very happy that Grimm seems to have settled down into knowing what it is and not trying to be more than what it is.  In fact, David Giuntoli shares that point of view with me.  No, I’ve never met him, darn, but I did read a recent telephone interview he did and in it he states this, in answer to a question about why he thinks Grimm is so popular:  “The writing, I mean, it’s fun.  It’s fun TV.  It’s popcorn.  It knows what it is and it’s not trying to be anything else, and I think we deliver kind of action packed fun every episode.  If decapitating people is what you consider to be fun, then that’s what we do.”


Here is the link to the actual transcript:  http://www.spoilertv.com/2014/10/grimm-david-giuntoli-interview_17.html

While I like that Grimm knows what it is, and I agree with the popcorn idea – anyone who has ever had popcorn knows exactly what it’s going to taste and smell like; there’s not a whole lot of surprises in popcorn, but it sure is delicious – I haven’t always been a fan of the way the episodes are so rushed at the end and everything is wrapped up with the monster of the week.  In this fourth-season opener Grimm shows it’s matured a bit.  Rather than trying to cram everything and the kitchen sink into 43 minutes (+/-), they give us a cliffhanger.  Well done!

We see everyone who is either in the know about Nick being a Grimm, or who is currently conscious, deal with the immediate aftermath of the loss.  We see Monroe and Rosalee immediately get to work on dealing with this wrinkle, after an awesome bro-moment with Monroe assuring Nick that he (Monroe) has a life because of Nick – awww, Monroe completely credits Rosalee in his life as due to Nick, while Juliette gets some quiet time to ponder what her life has become since Nick became a Grimm.  I like this new character development opportunity for both Nick and Juliette.  Nick took to being a Grimm rather well in Seasons 1 and 2, and once Juliette discovered what and who he was/is she too jumped in eagerly and neither has spent a lot of time wondering at the craziness their lives are filled with.

Certainly Nick’s being a Grimm has made him in some ways a better police officer, but in others it has caused him to do some shady things.  They’ve made some excellent friendships because of Nick being a Grimm, but they have a lot of enemies now too.  Juliette pondered this alone, while Nick wondered at his ability to do his job without being a Grimm anymore.  Good lady that Juliette is, she reminded him he was a good cop before; he’ll be a good one now.  Which leads to what will likely be a lengthy journey for them both this season, at least I hope.  If it is handled well, they both will have to decide:  do they really want Nick to be re-Grimmed?  I for one do, but I’ll be happy for a lengthy journey if it makes for good character exploration.

Hank continues to struggle with his role as stuck between the Wesen world and the non-Wesen world.  I like this struggle as it gives him more to do than be a pawn in Adalind’s claws or partner to Nick.  Hank is allowed to struggle with the fact that he, like Wu, once thought he was going crazy because he’d seen things that could not readily be explained, only to discover that there was a whole world living right alongside his.  Wu continuing to gather pieces of a puzzle and gnaw on them is also a good development as it deepens the character.  Wu is a smart guy – as well as the resident smart aleck.  To have him simply go along and never question, never push, would make me question his validity as a cop.  Having him question and press for answers and never give up on his questions makes him real.  It also adds a real tension that makes sense, rather than some contrived tension (*cough* amnesia *cough*).  For me, I hope he remains out of the loop, without being confined to an insane asylum again.  It helps to ground the show, since not everyone would be privy to Nick’s Grimmness.

This opening episode placed a lot of pieces on the board and even moved some of them around.  It also opened up a new monster of the week storyline that is either a one (or two in this case) and done deal or is a part of something larger.  I’m unsure at the moment.  Trubel is stepping up to the plate, and I think Nick will be mentoring her for a time, which is also a nice growth opportunity for Nick.  Adalind is heading to Austria where mayhem will quickly be occurring – oh, and please bring back Mama Grimm soon, and often, and I’m left to wonder what the Royals will think when they realize Nick is no longer a Grimm.  Will that make him more of a target than he already is?  (And how does one truly become more of a target when one is already targeted for death?  Hmmm)

Part 2 comes in a few days – grab some candy and some popcorn (or some candied popcorn) and settle in on Friday nights.  Grimm is back!  And, with a newly minted syndication deal to start in early 2015, hopefully we’ll see new eyeballs finding our Friday night fun, and hopefully its ratings will rise because of it.  I think Grimm is safe for a few more years though, and that’s good for my Friday night viewing. 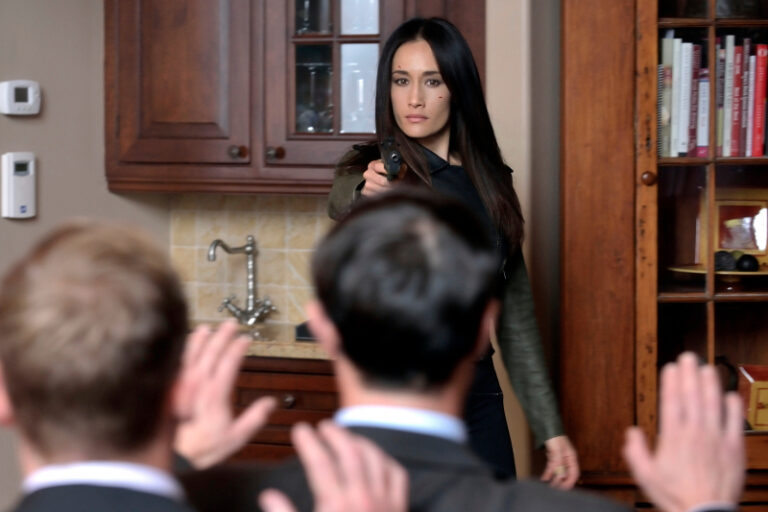 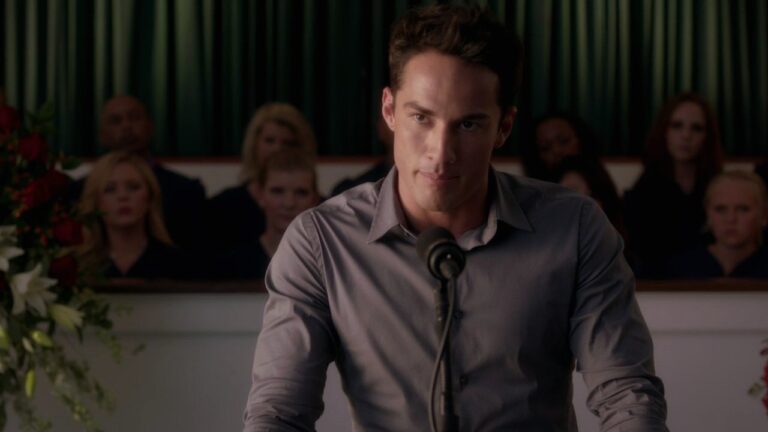 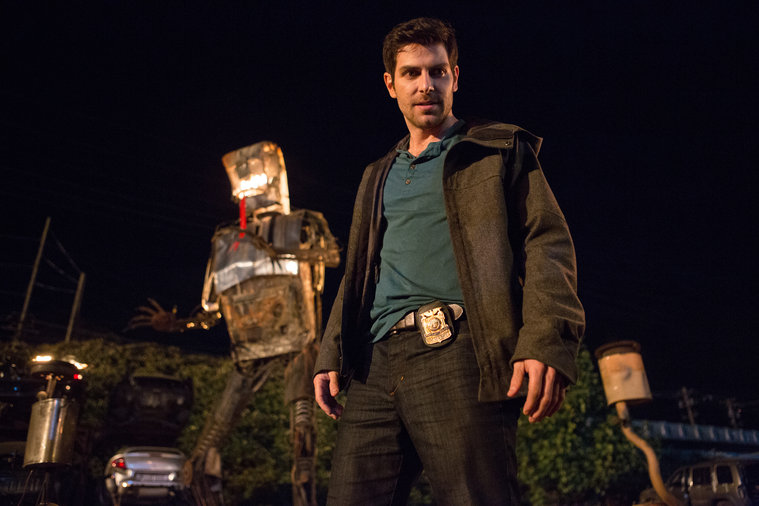 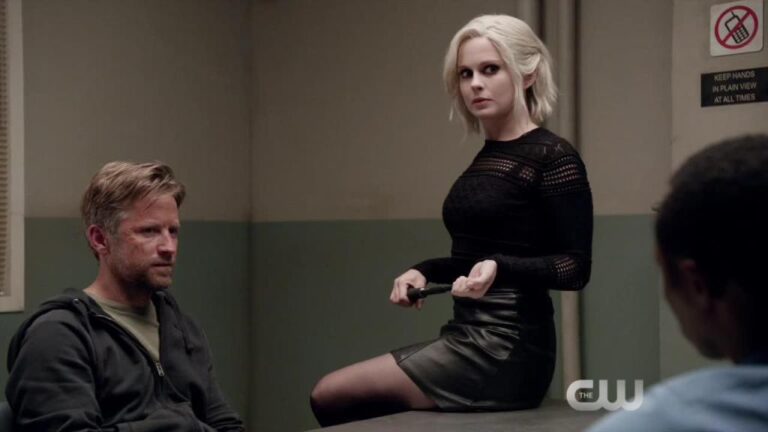 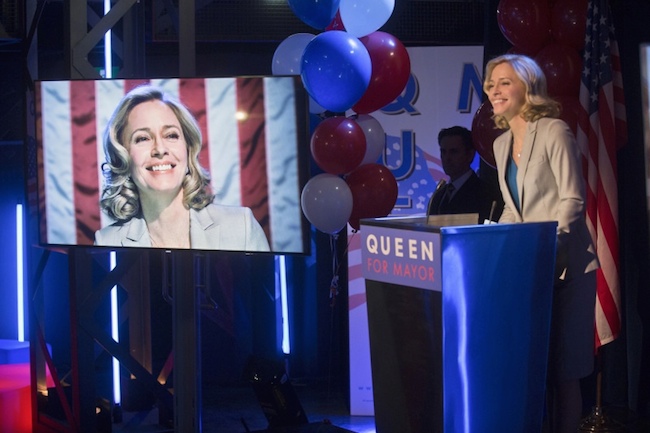 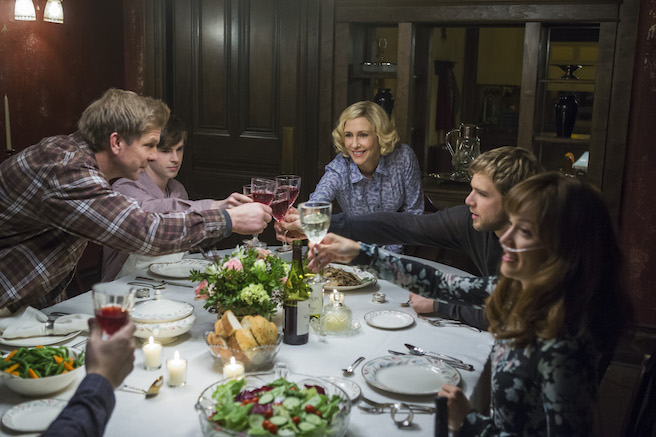 Bates Motel 3.7 (written by Philip Buiser) managed to pull off an impressive feat: It captured a snapshot of the sweet, tranquil family that could…