Just when I thought I couldn’t adore Felicity more…

It was the long promised Felicity origin story and Emily Bett Rickards ran with the spotlight beautifully.  It’s interesting how her character can remain awkward and quirky despite having to face a big scandal of her past and that’s why we love her so.


While I did love seeing Felicity’s backstory, and she sold the whole trauma of being haunted by her past very well, her “secret” plot was weak.  I called everything seconds into the first flashback scene.  Oh dear, she’s a hacker and she has a boyfriend that wants to use her hacking prowess to revolutionize the world.  That’s only the exact plot of Sneakers, the most popular hacker movie I know.  That had me calling out the whole setup very early in the episode.  “Ex-boyfriend takes the fall for her hack and goes to prison, is believed to be dead, but he really isn’t because some secret organization snatched him up to do their dirty work and faked his death.  He’ll be the villain behind the whole world domination thing, and no doubt he needs Felicity for his latest scheme.”  The only thing missing was Robert Redford (hmm, Robert Redford…)

That’s the best they could do?  It felt stereotypical to me.  I always envisioned Felicity’s story to be better than that, even though she rallied from the whole experience and chose to be a better person, just like Robert Redford.  Adding her mom into the excitement was a nice twist, because at least we got to see where a lot of Felicity’s moxie comes from, even though it was quite obvious the brains came from her dad. I loved seeing Felicity as a Goth (it is now canon she is really a brunette and dyes her hair blond), even though her entire getup was very stereotypical too.  Her look was a little too refined to be authentic.  The necklace was just way over the top.  But still, watching her at that time in her life, being brilliant and not knowing how dangerous her skills could be if used inappropriately, was fitting.  No wonder she gravitated toward helping Oliver and being a part of the team.  She learned that it’s better to use her powers for good instead of ambiguous evil.

I’m not sure I got the resentment toward her mother.  Was it only because she dressed like a two bit whore or wasn’t particularly smart with anything?  I really felt bad for her when Felicity went off about the way she was like it was a bad thing.  Felicity has usually been very accepting of people, but I know the dynamic between mothers and daughters are always different.  I’m not sure if we’ll ever get a further explanation, but the whole tension between the two wasn’t very well fleshed out.   And what was all this about Ray Palmer showing up at the wrong times?  Something’s fishy about that guy.

I’m not going to say that the entire hour was a thrill ride, but the slower paced story was at least far more entertaining this week, despite the predictability.  I loved the opener showing everyone doing their fight training.  Oliver and Roy (They were wearing shirts?  WTF?), Laurel and her boxing coach (you fight like a girl Laurel), and my fav, Malcolm and Thea in full Ninja garb.  Yeah, normal people usually don’t do that before breakfast.  I loved seeing Diggle show up to the Team Arrow pow pow with his infant daughter strapped to his chest (aren’t those infant carriers priceless?) and Oliver having a problem with a baby being in his cave.  I’m with Digg Oliver, who’s she going to tell?

I loved that Thea is taking Malcolm’s money and getting herself a really sweet place to live (ah, so the lie was investors wanted to help Thea open Verdant.  I missed that.).  I also love that she’s lying to Oliver.  He’s got that coming.  Oh, and did you think Malcolm was jealous in the end that Thea was spending time with Oliver?  What was that look all about?  Maybe he was longing to join them both?  I do love the mysteries behind Malcolm with every gaze.

I’ll get my obligatory few sentences about Laurel out of the way.  I’m sorry, but I’m rather tired of this girl being an unstable mess.  Her saga not only chews up scenery, but it doesn’t make her very sympathetic when it comes to creating a hero.  She comes across more as an ill tempered brat than a hero in training.  I guess Oliver started as a ill tempered brat though, so maybe she’ll improve.  It’s season three though, and “maybe she’ll improve” is getting a little old.   It saddens me that the writers still haven’t figured out a way to write her character consistently, especially when characters like Thea have improved so much.  Also, PLEASE find a better use for Captain Lance.  His worries about Laurel’s behavior is a carbon copy of the useless plot he got this time last season.  He’s better than this!

Okay, I’ve beat around the bush long enough.  HOW ABOUT THAT ENDING??? There was one stellar moment to come out of this episode and I can honestly say, “Nope, didn’t see that coming.”  Roy is having a nightmare and suddenly he’s on the rooftop with Sara throwing arrows into her??  Did Roy kill Sara?  That would explain why Sara was surprised by what happened.  She knew the person who was there and didn’t see him as a threat.  Is someone messing with Roy’s head, or could he have really done that?  Is it a Mirakuru thing again?  Just wow.  That opens up some new story line possibilities and suddenly they’ve got my attention.

All in all, a worthwhile hour despite some nitpicks on my part.  It goes to show when giving the spotlight to these stronger supporting characters (hint, not Laurel, hint) good things can happen.  Well, it’s bad, but good.  You rock Felicity. 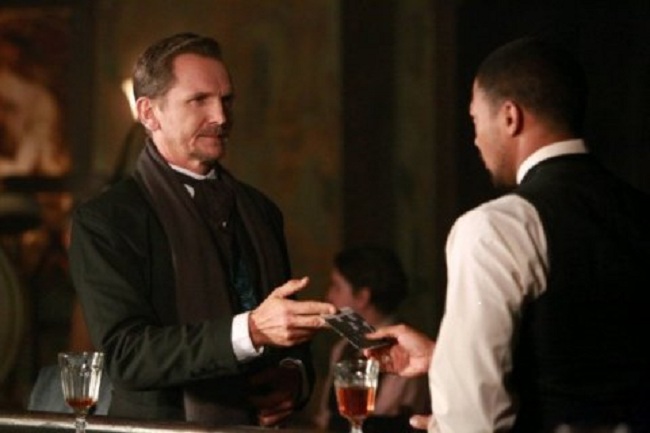 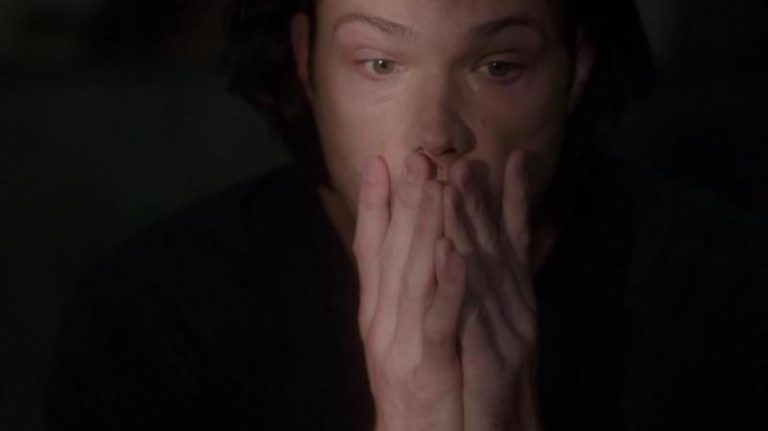 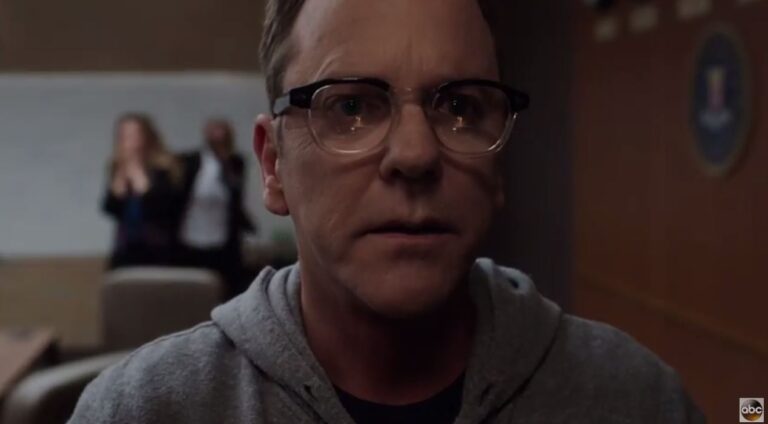 Let’s face it, Politico dramas littered with corruption and intrigue are a dime a dozen.  ABC is running one right now with “Scandal.”  So when… 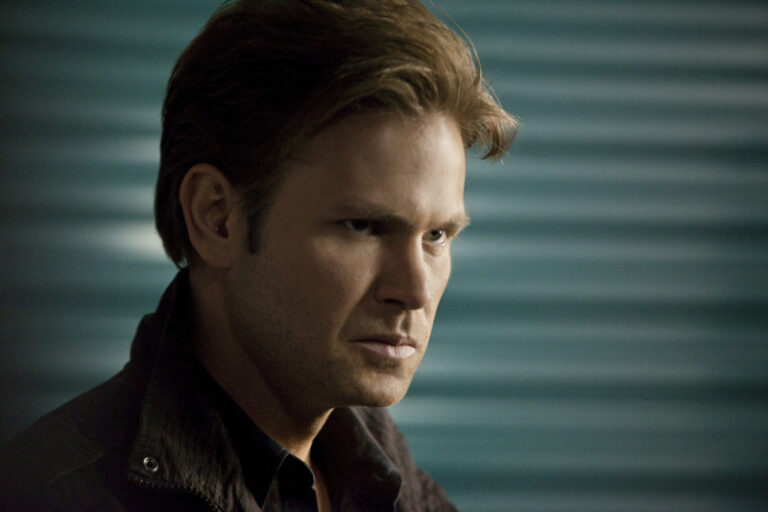 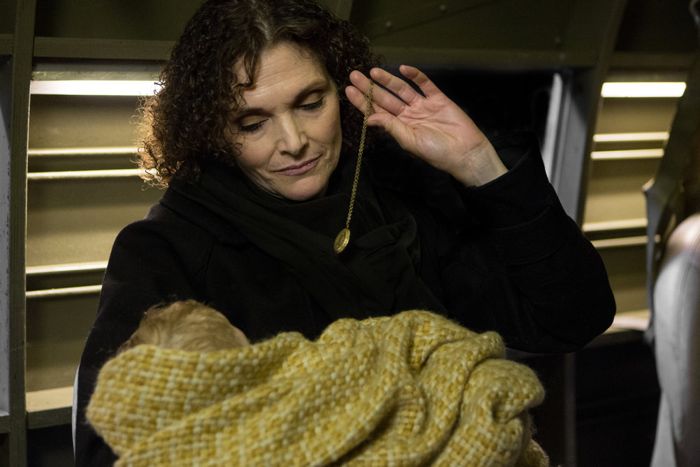