Oh, how can I totally express my happiness over “Keep Your Enemies Closer?”  How about a gushing review?  After last week’s disappointment, all it took was letting David Ramsey run with a meaty plot and I was all his.  Not that he had to try that hard.  He never has to.  We even got a scene near the end with him lying in bed in his underwear.  Oh show, you know me so well.  But I digress, there’s real stuff to talk about here other than  my middle aged hormonal surges.

During a run of the mill catch the bad guy outing, Diggle is captured.  Turns out it’s by A.R.G.U.S, and one Amanda Waller, who’s a big deal in the comics.  She’s a known D.C. antihero.  Good to know.  All I can say is here she was a bad ass bitch.  She told Diggle his ex-partner Lyla was missing in Russia after chasing leads about Deadshot.  Uh oh, it’s that push button name.  She also isn’t worried how Digg will handle the matter she she knows all about what Digg and Ollie do with their evenings.  Gee, I think just about everyone is in on the secret these days…except for Officer Lance.

It was nice to see Roy providing the tip and being part of this inital adventure, because I love it when everyone works as a team.   Although, I’m having a hard time figuring out how it got him arrested again.  Oh, right, so it could setup the whole thing with Moira’s lawyer forcing Thea not to see Roy because he’s a criminal and Moira at the end forbidding the two to breakup.  It’s called scenery chewing 101, but hey, at least Roy did good this week.

Back to Diggle.  He fesses up, Lyla is his ex-wife.  Ollie and Felicity didn’t see that one coming, nor did I.  Although, they were awfully friendly during their last meeting.  He has to save her.  Oliver just so happens to have a jet airplane and the guise of visiting the Queen Consolidated branch in Russia.  How convenient.  Since Summer Glau desperately needed a plot to justify her existence in this realm, she orders herself to go with.  She had to make sure Ollie wasn’t using the plane for his playboy antics.  Right.

The challenge this week was to make Vancouver look like Russia.  Mission accomplished!  This week’s director, Guy Bee, managed to pull off the wide shots necessary for the VFX guys to work in pictures of The Kremlin and other Moscow landmarks, just to remind us we’re in Russia.  This may have been established in episodes prior, but I didn’t make the connection until now that the fellow Russian cellmate in Oliver’s boat captivity flashback was the one with connections to the Mafia in Starling City, and the one that helped him and Diggle with this prison adventure.  Talk about good Karma!  I’m assuming that’s where Oliver also learned Russian.

Diggle is easily apprehended as a drug felon in Russia and thrown into this no-man’s land of the Gulag.  He gets to wear prison grey and fight!  It’s positively dreamy.  One big fight though lands him chained up in cold storage for several hours, and who just happens to be the guy with him but Deadshot!  Diggle sneers and throws his eyes of rage, but not much can be done in their predicament.  Finally Diggle is dragged off by guards and uses that as his chance to break free, but he ends up getting help from Deadshot!  This guy may be a killer, but he ain’t stupid.  He knows John came there with an exit strategy, and he knows where Lyla is.  He’ll show Digg where Lyla is, and Digg has to let him come with.

While our three less than cozy heroes work inside, Oliver handles the backup outside.  But first, he has some time, and has to provide a front by hanging out with Isabel.  They drink Vodka, they bond, she melts over his perfect Russian, and they’re upstairs having a “personal corporate strategy” meeting in his bed.  I didn’t think that was out of character for Ollie strangely.  Oliver is a lonely guy.  He’s unattached and is that way just because of the nature of his secret superhero life.  So, when he has a drunken moment with a nice looking woman, even if it is his frosty financial partner, he probably figures he has nothing to lose.  After all he knows, and Isabel even said it, she’s not the cuddling type.  Considering he fit in a little sex in between appointments, everyone knew it wasn’t going to be any more than that.

Well, everyone except Felicity.  For some contrived reason, she took it personally.  That bothered me.  As cool and as grounded as she is, she should have known that this is the way Oliver is.  Rose colored glasses perhaps about her hero?  Illusions dashed?  Or is it a poorly written way to introduce more sexual tension? However her reaction, I think it was probably an eye opener for Oliver.  He likely didn’t know Felicity saw him that way, the same way he didn’t know that the whole company was talking about how they were in a relationship because of Felicity’s sudden promotion to his assistant.  Personal dynamics were never Ollie’s strong suit, and I wonder if this changes things going forward.  Nah, they’ll probably just hit the reset button and everything goes back to normal next week.

So anyway, back to the jailbreak.  It goes off rather well.  Except the alarms go off and Diggle and company are suddenly surrounded by a swarm of soldiers, but no matter, because Oliver is disgused as one of them.  He just has to go into his Ninja-like fighting rage and suddenly we’re good.  I do like how Arrow this season has been showing more of Oliver doing his bit without the green hood.  It shows who the true hero of the story is, Oliver Queen, not some anonymous guy in green leather.

Once the bad guys are down, they get in the get away car driven by Anatoli and they’re safe.  Oh but first, we get the very priceless show of appreciation by Diggle to Oliver.  It involves smiling!  Ollie was there for him this time.  It means the world.  I’m so happy I could cry, except I’m also shouting, “Run, you’re not out of the woods yet!”

Diggle has the car stopped a little down the road though so he can kick Deadshot out.  This is where I fall in love with John Diggle all over again.  He’s been doing nothing but obsessing about this guy and hunting him down for a year, yet he has this code of honor built in too that trumps all that rage.  He lets Deadshot go since he helped recover Lyla, and even tells him it’s because of his honor.  Deadshot returns the favor, making it clear to Diggle his brother was the target (we learned during their last encounter Deadshot only kills people he’s hired to kill, which is why Diggle lived).  He mentioned who hired him, a group named H.I.V.E.  John has a new target, and Deadshot can now join the Suicide Squad.  Everybody wins!  Diggle even gets a bonus and ends up in bed with his ex-wife.  I think they’re reconciled.

I loved this episode so much, the irony didn’t hit me until later that no Laurel made all the difference.  Just pretend she spent the whole adventure in her apartment boozing it up and we’re good.  I was extremely happy though that Slade was back in the flashbacks, although his face was burned pretty bad.  Luckily, Shado was there will all sorts of great natural mud to nurse him.  Of course she answered Oliver’s radio communication that he sent while being tricked by Sara, so now they’re marked for death.  Ollie gets to go back to the island because Professor Ivo wants it that way.  It’s what evil villains do.

There’s only three episodes left before the mid-winter break, and I’m dying to know where all of this is going.  As long as they’re tightly weaving plots with this DC Universe and making sense, this season is going down as epic, no matter how contrived the romantic triangles are.  Next time they’re looking for filler though, remember how good John Diggle performs when given some space. 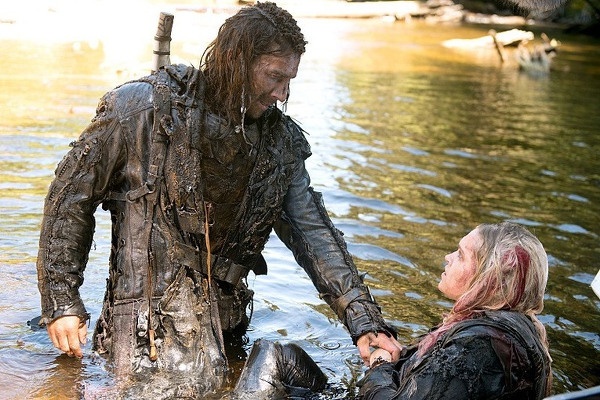 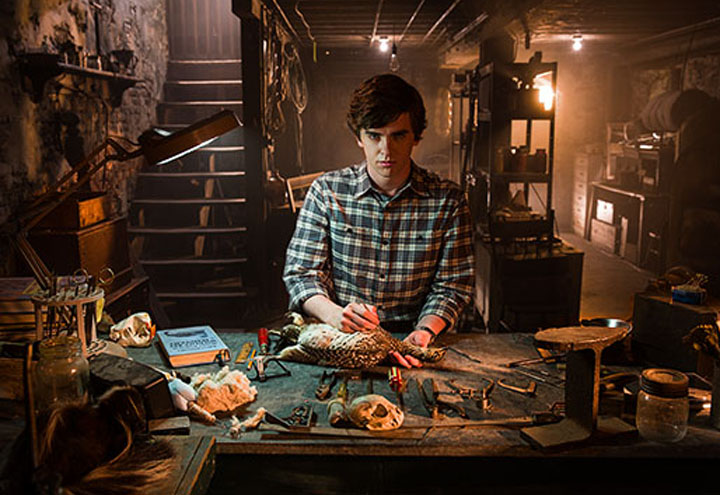 A & E’s thriller Bates Motel makes for an engrossing hour of TV.  Developed by Carlton Cuse, Kerry Ehrin, and Anthony Cipriano (with Cuse and… 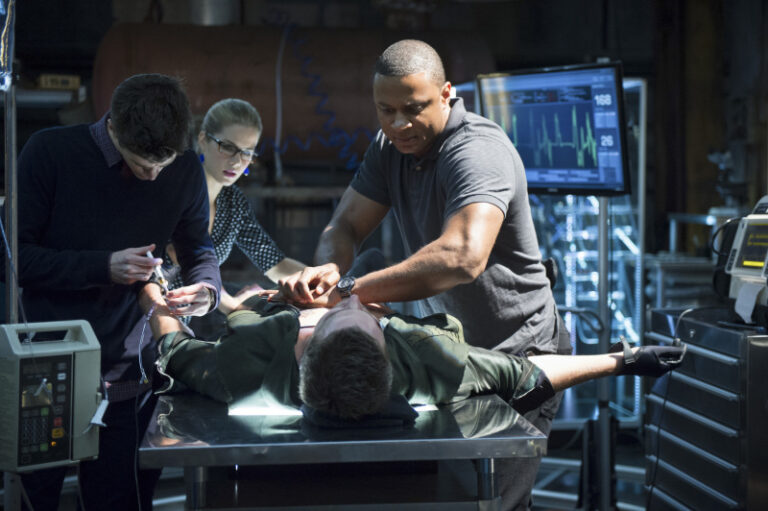 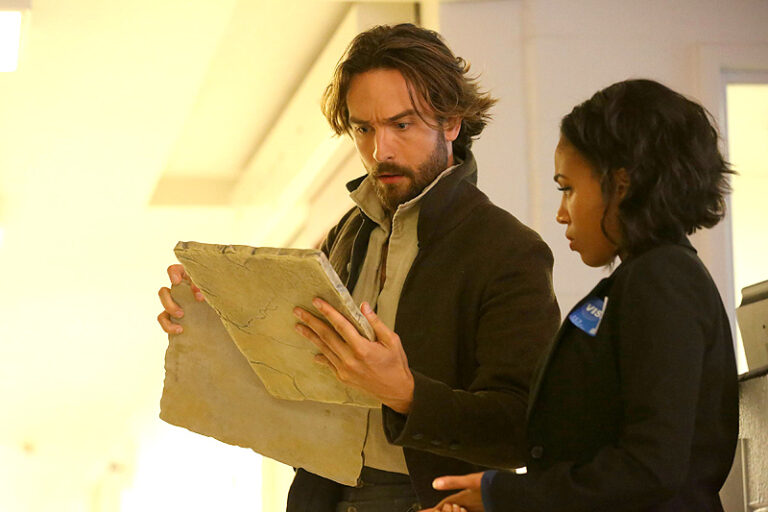 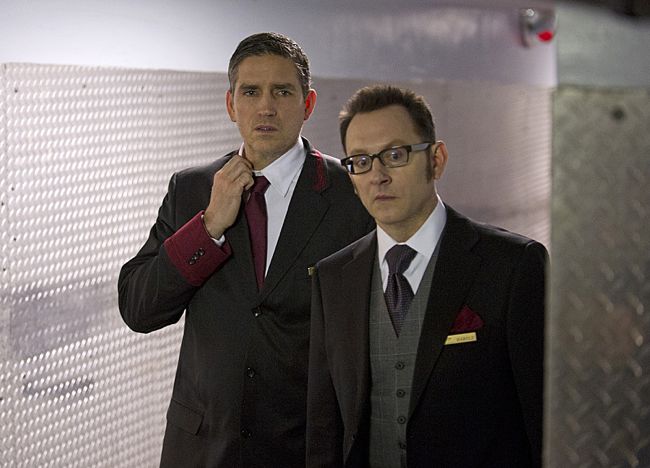