I love it when Fusco takes mostly center stage.  And true to PoI’s excellent balancing act, none of the other characters even remotely feel back-burnered.  This may be a case of the week lacking any overall mythology – even the Machine was giving us the surveillance feeds this week to emphasize this, but it succeeds precisely because it not only is a chance to breathe from the heavy mythology (as awesome as that is) but it also shows our main characters continuing to deal with the results of last season, most notably Finch learning to trust the Machine a bit more – and how ‘adorable’ is it that the Machine is actually wooing him back, and Reese and Fusco, in essence, swapping places and both likely learning a bit about how and why the other is and does what they do.


There were great callbacks to the Pilot episode again with Finch’s “I’m a very private person” and Fusco’s “Concerned third party” recalling his first meeting with Reese.  And I’m glad I was correct, in a sense, although I thought it was more overt to what Shaw was doing than tangential, that the Machine was orchestrating a bankroll for the team.  (No doubt the 150K to buy the missile came from Shaw’s illicit gains).  Now, with likely millions in untraceable funds, the team can go about making purchases as they need.  Some discretion will still be necessary with regard to surveillance cameras, but they have the money now to finance their operations.

The character moments were great as Finch, ever mentally nimble, switched from “genteel professor” to “dark internet mystery man,” and this episode also showed how far his and Ms. Groves’ relationship has come when he willingly followed her around on mysterious errands.  Fusco had empathetic moments with Cooper as they both ‘bonded’ over their choice to step away from friends because they were doing illegal things.  Fusco first went with HR out of loyalty and they were his friends.  When Reese gave him a choice (at the end of the barrel of a gun) to go legit, Fusco found his way to the light again, but it wasn’t easy.  Fusco’s bonding with Cooper was a nice touch, as I always appreciate when the number of the week and a team member find some common ground.

Reese dropped a bit of his walls around Fusco as well when Fusco called him out for being reckless and endangering not only Reese’s cover but Fusco’s livelihood.  Reese needed that reminder, and to his credit he shared a bit of himself in his comment about spending so many years coloring outside the lines.  I enjoyed watching Reese buckle down to be a legitimate (well, somewhat) homicide detective and close three cases in a day.  Yes, he colored outside the lines, and a good defense attorney would likely get the bad guy off on the technicalities – illegal finance checks and whatnot, but for PoI which often plays fast and loose with some of the *ahem* finer points, it was great fun to watch the man work.

I like the introduction of the new captain as well.  It seems HR is well and truly behind us and the new head of the precinct is on the up and up.  She’ll no doubt cause havoc with Reese’s cover job, but it’s fun to watch him dance his way through his day job and his real job (‘cause working for the Machine is always going to be his real job).

Never doubt The Fusco!  He may not be suave and debonair, but that man, in the end, gets the ladies.  We’ve seen him charm the ladies time and time again, and while he was a bumbling fool at the outset, once you let him be himself, he does just fine.  I like that he was allowed to continue to shine as he showed quick thinking in covering his deceit about being an insurance agent when he outed himself as a detective, and he was a good man to have in the fight.  Fusco is loyal, even when it’s being loyal to his non-day job.

I love Amy Acker and all her choices with Root, yes, even the flirting with Shaw.  Here she chose to have Root play quietly in the background all while leading Harold through the Machine’s complex orchestration to ensure the team has the necessary finances.  Then, when Harold stood his moral ground – a great moment for the character to remain true to who he is, she came to the forefront and took out all the bad guys in quick order.  She also reassured Harold that the Machine knew full well he wouldn’t traffic in a missile and that Root was ready for that exact scenario all while the Machine also made sure the authorities arrived just in time to sweep up the bad guys.

·        Finch’s two speeds, calm and furious, and it’s a rare person who sees the latter and lives to talk about.  I actually got worried for a moment that he was going to knee-cap someone.

·       Reese with the behind-the-knee knee-cap!  Plus, I saw some recorded footage of that a couple months ago from someone on set videotaping.  It was fun to see the final cut compared to what I saw then.

Next week Elias makes an appearance.  No, David Valcin, though, but he’ll be back in the future.  The season seems like it has only just begun, but next week is already the fourth episode.  I wonder if they will maintain their run of enigmatic endings such as the preeminent Cura Te Ipsum although Triggerman and last season’s Reasonable Doubt were of a similar vein.  Reese is front and center in protection mode, we’ll see.

Until then, thanks for reading.  Elle2 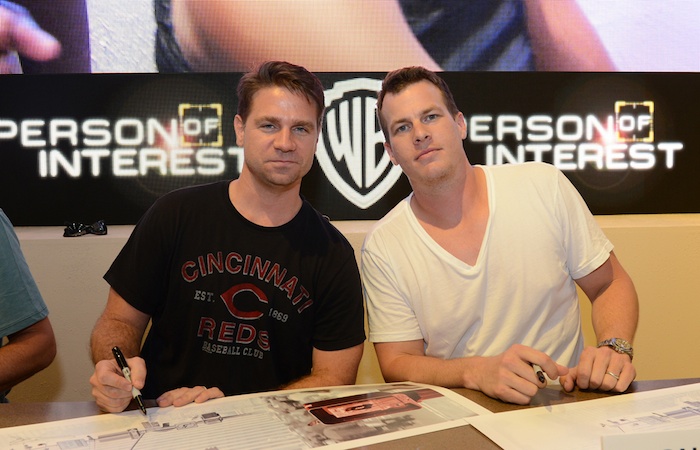 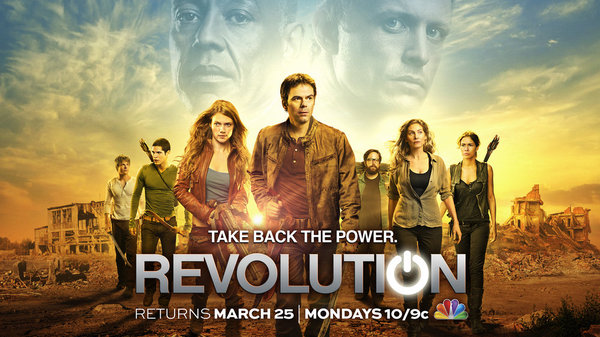 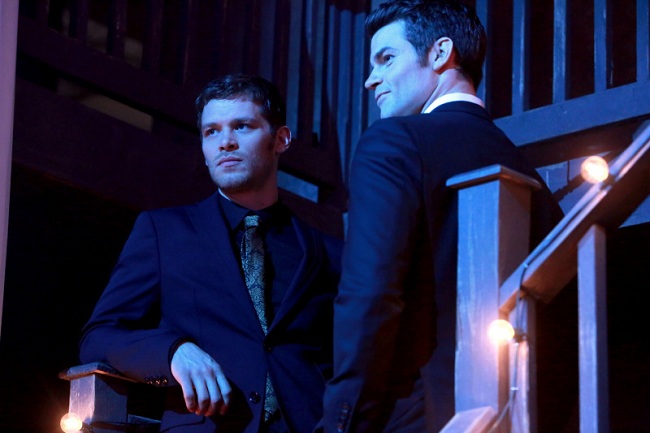