The press session was coming to an end, and there was only time for one more visit for Zachary Levi (Chuck) and Joshua Gomez (Morgan).  To accommodate, they combined three press tables together. Surrounded by a healthy crowd, a very hungry Zach and Josh sat down in front of us with their plates of food (Zach holding a rather large breakfast burrito).  Once Zach asked if we minded (we didn’t), they started eating, we started firing questions their way.

What was your reaction to finding out that Mark Hamill was going to be on the show?

Gomez:  (with a huge grin) Hells to the yes!  That’s ultimately what.
Levi:  You ever hear a man scream like a woman?

Coming to events like this and having such unique fans, how do you feel about them?

Levi:  As far as I’m concerned, they all might as well be executive producers for our show.  We’ve only been able to exist and continue to exist because they’ve cared enough to fight for us and stay with us and buy sandwiches or go online or send letters and phone calls and everything they could possibly do.  That’s a lot of time and money and everything and that was all toward believing in us and what we do together.

We know there’s a lot of musical talent on the show.  If there were to be a musical episode and a musical number for Morgan, what do you think he would sing?

Levi:  “Pretty Little Surrey With The Fringe on Top” from Oklahoma.

Can you talk about what’s in the new season and how things are changing?

Gomez:  I think it’s not going to change the dynamic that much, that’s my guess.  The show is still “Chuck” and still going to be based heavily around Chuck.  It’s just a new obstacle to be thrown at Chuck.  Basically now, his friend has this thing in his head.  He knows the pitfalls of that, he knows what his friend is in for.  Obviously now Chuck’s concerned for his friend and coming to grips of the vulnerabilities without the intersect.  Again I think it’s going to be a Chuck season, how does Chuck handle this new obstacle?

Zach, do you have any intersect envy now?

Levi:  No.  I’ve flashed enough, I’ve flashed a lot.  The intersect is one of the coolest things, obviously I’m biased, but one of the coolest things that I’ve ever seen on a television show.  It’s a really fun thing.  You can go anywhere and do anything and you can be a regular guy who does that.  So I was really blessed to get to play with that thing for four years as it changed from information to physical abilities.  I’m really excited for Josh have that same kind of fun.  And delighted to watch him go through the challenges and obstacles of learning five lines of Korean in a day.  Cause it’s fun.

Does Morgan actually want to get rid of the intersect?

Gomez:  I think that’s a big difference between Chuck and Morgan.  Morgan absolutely loves the idea.  Chuck had a concern, “How is that going to affect my family?”  That doesn’t happen with Morgan.  Yet he has no idea what this thing is going to do to his brain.  There will obviously be questions about that.  It didn’t work perfectly on him (Chuck), it has side effects on Morgan as well.

Levi:  Mark Hamill.  Just people who know the show and appreciate it and think it’d be fun to do.  I never feel like I’m twisting someone’s arm to work with them.  I would hope that every guest star would be able to look at our show and go, “That’s fun, I’d like to do that. It’s a fun sandbox to go play in.”  I know we have a really great group of people and we make everybody welcome.

After that, everyone was rushed off to the booth signing and our session was done.  Thanks again to the folks at Warner Brothers and the cast and producers of “Chuck” for making all this possible. 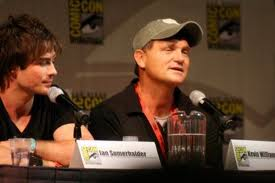 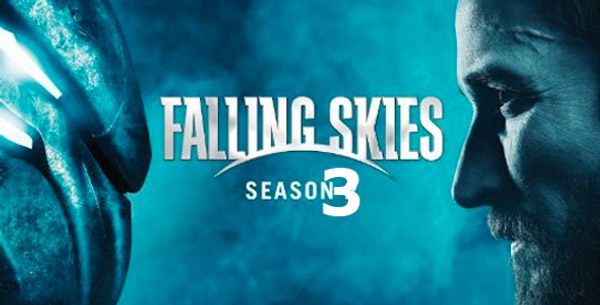 The day has come Falling Skies fans!  Season three premieres tonight at 9 pm ET on TNT after a nice long wait.   While at… 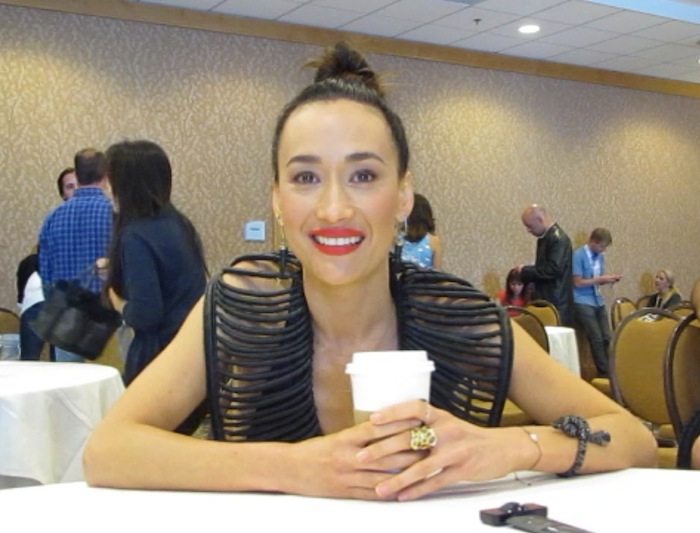 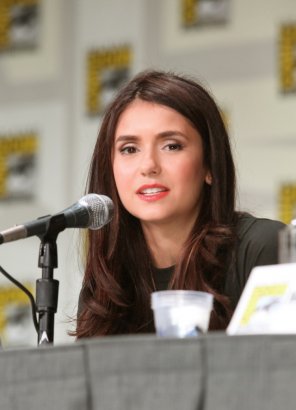