If there’s an announcement for Adult Swim, there certainly must be one for host Cartoon Network!  Below is the press release with all the lineups and signings for Cartoon Network at San Diego Comic Con 2015, including the debut of “We Bare Bears”

Cartoon Network presents a back-to-back Fandemonium Panel Extravaganza featuring Regular Show & Uncle Grandpafollowed by Adventure Time & Steven Universe. Both panels are hosted by Bobby Moynihan (Saturday Night Live) the voice of Panda on We Bare Bears. Get an inside look at the hottest animated shows on TV with exclusive clips, special musical performances and Q&A sessions with series creators, producers and voice talent. Throughout both panels fans will be treated to never-before-seen content and behind-the-scenes footage from We Bare Bears presented by series creator, Daniel Chong.

Come to the Cartoon Network Booth #3735 and get a first look at Grizzly, Panda, and Ice Bear – the stars of We Bare Bears! At the booth, fans can immerse themselves in the world of We Bare Bears, with six different one-of-a-kind photo experiences and exclusive daily collectible button giveaways.

The party doesn’t stop when the convention floor closes! Cartoon Network will once again present special nighttime screenings exclusively for the Comic-Con audience. The second annual Adventure Time Royal Ball and a Clarence & Friends Pajama Party will offer fans an insider look at some of their favorite shows, premiere screenings of We Bear Bears and sneak-peeks at some of Cartoon Network Studios upcoming animated shorts.

Other Cartoon Network series featured at San Diego Comic-Con include Teen Titans Go!, and Transformers: Robots in Disguise. Below is a list of Cartoon Network series panels, fan events, screenings and signings at 2015 Comic-Con International in San Diego, Calif., Thursday, July 9 – Sunday, July 12, 2015.  Events as well as series producers and talent scheduled to appear are subject to change.

For continuing information about Cartoon Network at San Diego Comic-Con and for real-time updates during the convention, please follow us on Twitter at @CartoonNetPR.

You love us!  You really love us!  But guess what….we love you too!!!  Cartoon Network has the best fans in the world, which is why we’re hosting the most FAN-tastic, FAN-centric, FAN…uhhh…MAZING panels SDCC has ever seen!  Join cast and crew of hit shows Regular Show and Uncle Grandpa as we celebrate YOU with major announcements, first looks, contests, and special appearances.  The panel features Regular Show superstars JG Quintel (Creator, Voice of Mordecai), William Salyers (Voice of Rigby), Sean Szeles (Supervising Producer), and Sam Marin (Voice of Benson, Pops, Muscle Man), alongside Uncle Grandpa mega-talents Pete Browngardt (Creator, Voice of Uncle Grandpa), Eric Bauza (Voice of Bellybag), and Kevin Michael Richardson (Voice of Mr. Gus).

It’s the 2nd annual Adventure Time Royal Ball!  Last year Cartoon Network filled a ballroom with the most righteous of warriors and the fairest in all the Land of Ooo, and this year we are returning with more fan-favorites, another first-look Adventure Timeepisode, and a very special world premiere screening of the newest Cartoon Network hit series We Bare Bears!  Don’t forget to dress up in your most inspired outfit for the royal procession and your chance to win righteous prizes! Now come one, come all (until we reach capacity!) for a night of mathematical magic!

Clarence throws the best parties and you’re invited!  We ran out of pizza poppers, but we’re making up for it with Spencer Rothbell (Head of Story and Voice of Clarence), awesome episodes of your favorite Cartoon Network shows and super cool pwizes!  But hey, hey, guess what, there’s more!  Clarence invited his new friends Grizz, Panda, and Ice Bear, and they’re going to show an episode of their brand new show, We Bare Bears, for everyone to see for the very first time!  HOW COOL IS THAT?!  So put on your favorite pajamas and maaayyyybe you’ll get a swing at our myyystewy piñata!

Cartoon Network (CartoonNetwork.com) is Turner Broadcasting System, Inc.’s #1 ad-supported cable network with kids 6-11 in the U.S., with a global offering of the best in award-winning animated entertainment for kids and families across multiple platforms. Available in 192 countries and over 370 million homes, Cartoon Network takes its responsibilities to its audience seriously by embracing key social issues affecting families with initiatives such as Stop Bullying: Speak Up. 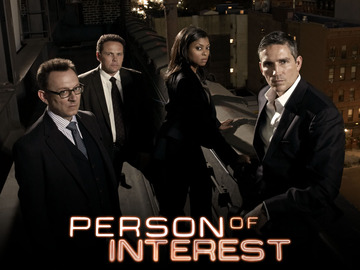 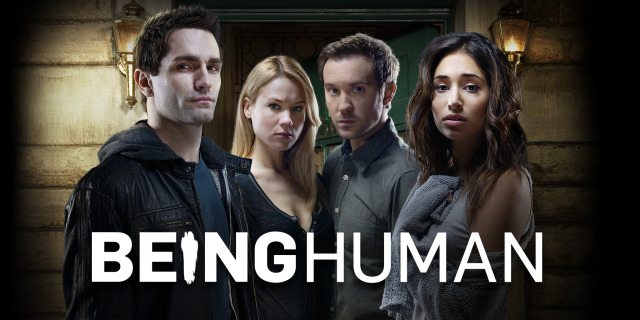 Here’s a little bit of sad news, and unexpected too.  Being Human, which has aired for the last four seasons on SyFy, is ending it’s… 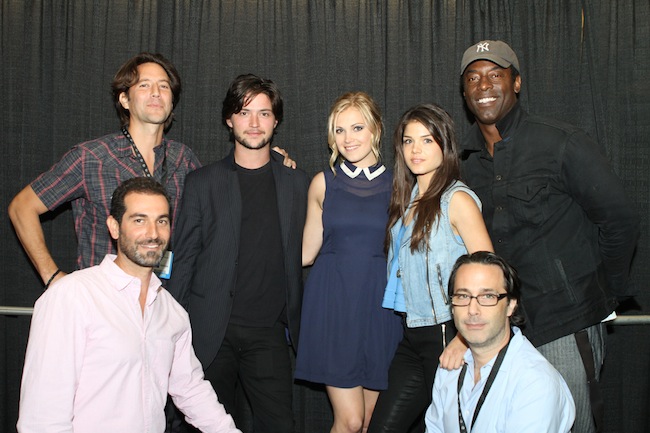 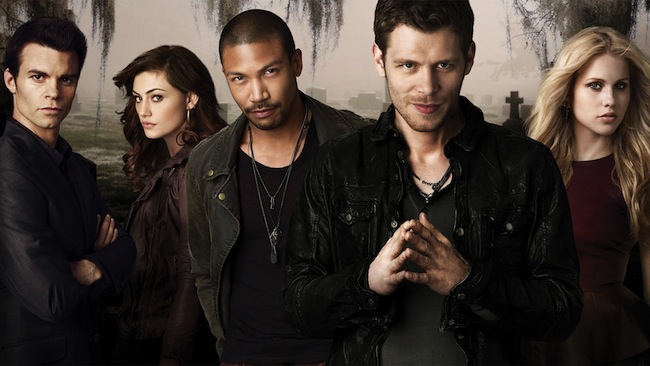