Bates Motel 4.4 (written by Tom Szentgyorgyi) kept Norman and his mother apart, continuing to shine a light on how both are faring without the other. Norman, for all his anger and bravado, fell apart, while Norma prospered with her new husband. “Lights of Winter” dug deeper into who these two characters are when forced to hold a mirror to themselves, and the result was a fast paced, gripping episode that effectively illustrated how differently mother and son react to a glimpse of their true selves.


At Pineview, Norman is more agitated than ever, throwing up his meds and mouthing off to the staff. When he fumes because he can’t make a private phone call, defiant Julian lends a hand and helps Norman call Dylan. Norman tells his brother to watch out for Norma because “the truth” will be coming out, and the police may be getting involved. Dylan is understandably concerned, and asks to speak to Norman’s doctor, but that just solidifies Norman’s atitude that nobody in his life gets what’s really going on.

At the Bates House, Norma is cooking breakfast for her new husband, and Romero is talking joint checking accounts. Alex is being affectionate and sweet, but Norma is hesitant to let Romero get too close. It’s all too much for her right now. Alone in the car, though, she can’t help but smile at her new living situation. She’s clearly smitten by Romero.

At the hospital, Emma is doing well, and on a walk with Dylan she breaks the news that she’s moving to Seattle (with her dad) to be near the best respiratory hospital in the country and for the chance to attend college. Only, she wants Dylan to go too. Dylan says yes immediately. It seems he’s more than ready to leave all the town mayhem and family drama behind. I’ve said before that Emma and Dylan are cute together, but Max Thieriot has been woefully underutilized so far this season. I hope they find a way to bring him back into The Bates family fold.

Norma drives to Portland to pay a visit to Emma. She asks how Emma and Dylan got together, and Emma says the two finally “saw” each other. Emma asks if Norman will understand about her and Dylan’s relationship, but she’s well aware that Norman is dealing with more pressing matters in Pineview. She reassures Norma that it’s the right thing to do to have Norman there, and tells her the situation gives Norma the chance to stand on her own and think about herself a little. Despite everything, Emma and Norma have always had a great relationship, and the two truly respect and care for one another. They want what’s best for each other. Norma knows for Emma that’s Dylan, and Emma knows for Norma that’s to loosen her hold on Norman.

Romero still has problems with Rebecca the banker, because three million dollars is lying around in a safety deposit box, and now the key is missing. Rebecca knows Bob Paris has most likely been killed, and she asks Romero not only about the key, but if he killed Paris as well. Romero denies it all, but rushes back home to Norma’s basement to take a second look at his bag full of cash, realizing that it might also contain the key (which of course it does). To make matters worse, Romero gets a nosy call from the DEA asking questions about Rebecca and money laundering. Bates Motel never excelled at telling its side stories, but apparently Rebecca is one in the making.

Meanwhile, Norman is growing more desperate and asks Dr. Edwards to let him leave Pineview. But Edwards is a good doctor, and knows Norman isn’t anywhere near ready to be discharged. Norman is indignant, baffled that nobody can see it’s his mother who’s dangerous. Fed up, Norman actually tries to leave Pineview through the front door, but Julian stops him, telling him there is a smarter way to leave the facility. The scene of Julian and Norman talking on the stairs illustrated the many similarities between the two teenagers: They’re the same age, dress alike, have the same haircut – only Julian has embraced his mental illness, while Norman refuses to acknowledge his. But an escape in the dark of night and the events that follow will change all that.

Norma arrives home and take Emma’s advice to heart, laying Norman’s picture face down inside her dresser, and deciding to accept Alex’s earlier invitation to the winter festival. When Norma later arrives there, she and Romero can’t take their eyes off of one another. It’s plain and simple – They’re in love. The scenes at the festival were charming and lighthearted, even though they were briefly infiltrated by Rebecca’s scheming. Norma and Alex even have their picture taken together (which will come back to haunt them in a future episode). When the couple goes back to the house later that night, they find the place ransacked; It’s pretty clear Rebecca was there searching for that key.

Norman and Julian hitchhike to a strip club, where Julian drinks in his freedom, but Norman is reticent as women dance in front of him. He ends up in the VIP room with a stripper named Athena, but starts having flashbacks about his teacher Ms. Watson. Norman can’t handle what’s happening, so “Mother” must intervene. The scenes with Vera Farmiga and the actress who played Athena could have been gratuitous, but “Mother” has always been shown doing what Norman can’t bring himself to, so her presence fit here. The scene was also filled with tension as shots of Vera and Freddie Highmore were alternated, along with that ominous screwdriver lurking in the background (it seemed a distinct possibility it would end up in Athena’s heart or head). But just then Julian gets himself into trouble with the bouncers, and Norman – wearing a feather boa – jumps in to help, only to get punched by one of the bouncers. The hit seems to knock him back to reality, and when he forlornly looks into the cracked mirror, Norman is finally seeing himself.

Sitting in handcuffs in the back of an ambulance, Norman has no idea where he is or how he got there. Dr. Edwards arrives to help, and when the two talk in Edwards’ car, Norman inquires if the police discovered that Norma had hurt anyone. Edwards says he hasn’t heard anything, and it’s then that Norman breaks down, revealing his intense fear and overwhelming fatigue about his blackouts and inability to distinguish what’s real anymore. Through his tears, he pleads with Dr. Edwards to help him. Watching Highmore portray Norman’s anguish was riveting and poignant. It never ceases to amaze me how these writers can walk that fine line of telling such a tragic story while still making it engrossing and entertaining.

“Lights of Winter” was a solid episode, providing more insight into the psyches of Norman and Norma (and to a lesser degree, Romero, Emma, and Dylan). We saw our two main characters in a state of flux: Norman moved past the denial that his mind is unraveling, but is in utter despair now that he acknowledges it is. Norma, however, was able to move past her guilt (to an extent) and enjoy her time with the man she loves, who is now her biggest confidant. Ultimately, Norman’s deeper understanding of his condition, and Norma’s newfound peace ended this episode on a hopeful note. But despite the encouraging ending, we know everyone’s world will soon be shaken to its core, and that happy ending will disintegrate, just like the rest of Norman’s mind. 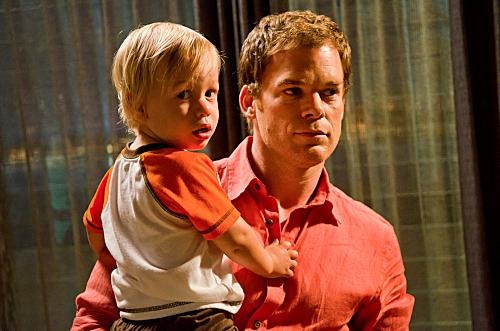 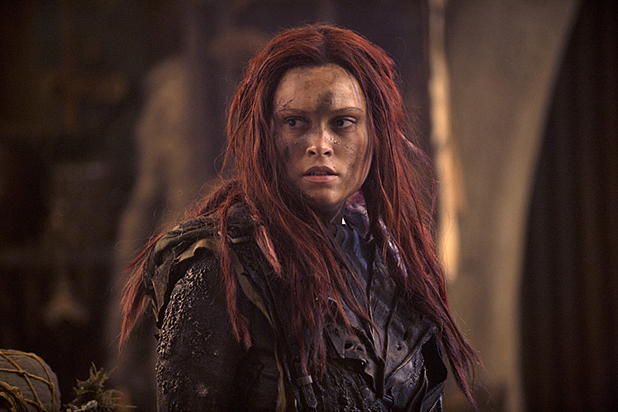 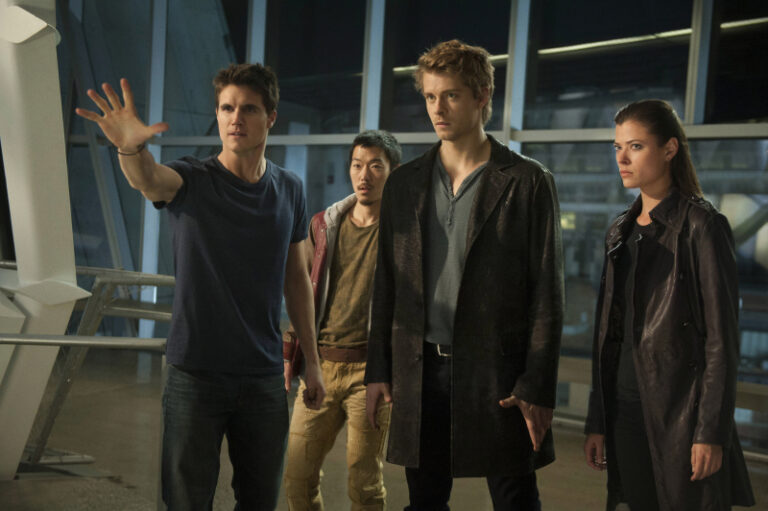 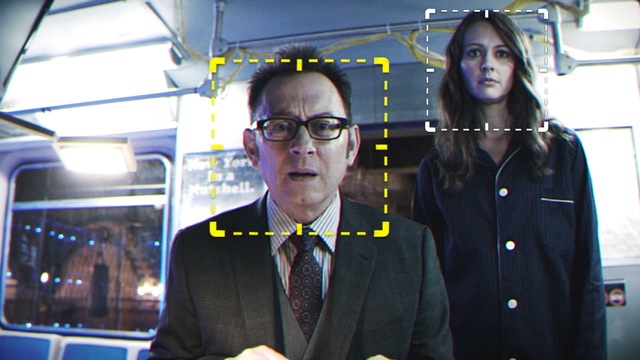 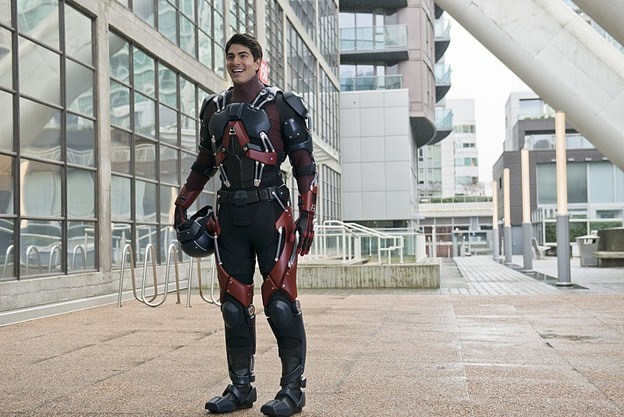