Just looking at NBC’s schedule exposes a ton of weak spots. Sundays are awesome when football is on, otherwise they’re pitiful. Mondays are great, but given the fact that The Blacklist is a hit, NBC is going to want to move that to another night and let a new promising show get the kick start it deserves from The Voice. I vote Thursdays at 10pm for The Blacklist. Tuesdays at 9pm are a problem, Wednesdays at 8pm (unless they’re happy with Revolution’s mediocre performance), all of Thursday is a major bust and Fridays at 10 pm aren’t doing to hot either.

So below are all the pilots that NBC has going right now. Warning, this is a pretty long list, and I’m not even looking at the put pilots. The question is, do any of these shows sound appealing?

NBC has to face facts. When it comes to picking comedies, their instincts range from bad to positively atrocious. Their comedy lineup is decimated, again. Out of the three new heralded comedies they introduced in the 2013-2014, all three were spectacular failures and now cancelled. They only have Parks and Recreation and Community left, and those shows aren’t exactly raking in the viewers. Given how old they are, they never will.

The problem is NBC wants the next Cosby Show or Cheers to land on their doorstep and any comedy that falls short doesn’t get the chance it deserves. Case in point, Go On and The New Normal. Those were good comedies, but they weren’t ever going to have mass appeal. They also were just starting to develop. Instead, those shows were cancelled for big names, like Michael J. Fox and Sean Hayes. Well guess what happens when you produce poorly written sitcoms with big names? You get shows that did EVEN worse than the marginal shows they just cancelled. Now, there are four shows cancelled and a lot of work, effort and expense that is moot.

NBC also has forgotten its history in that Cheers wasn’t a hit for its first few seasons. The Big Bang Theory didn’t start off as the number one show, so it isn’t just an NBC thing. These things take time. Comedies, especially sitcoms, take a long time to catch on. Since there are only so many shows they can put on after The Voice and none of them can be comedies given the 10pm hour, NBC has to build the old fashioned way – They need to write good shows.

I cannot give a prognosis on NBC sitcoms. Their success to failure ratio is so unbelievably low that even basic law of averages offers better odds. The 2013 pilot season so far has resulted in 0 renewals or prospects (even though About a Boy and Growing Up Fisher are still TBD). So, I’ll just be going through the comedies and sharing any random comments.

Out of the 32 pilots for NBC in this pilot season, a staggering 21 are comedies. Yes, they definitely see the weakness in their schedule. Out of those 21 comedies, 3 have been given multiple episode orders and will be on the schedule in some capacity. Those three are:

–          Mr. Robinson (six episodes): A single-camera comedy about a good-hearted musician who adjusts to his new life as a music teacher in a big city middle-school.

–          Tooken (13 episodes): A single-camera comedy about a woman who escapes from a doomsday cult and starts life over in New York City.

–          Working With The Engels (12 episodes): A single-camera comedy about a family that must band together when their father and breadwinner passes away, leaving them in a mountain of debt.

Out of the three listed above, Tooken has the best shot. It’s written and produced by Tina Fey, who is about the only comedy genius NBC primetime has left. Ellie Kemper was tagged for a pilot last year (one passed by the network) so obviously NBC likes her screen appeal (either that or she’s got an expensive development contract). I peg this to be taking a high profile Thursday slots. The other two sound like utility players, but it all depends what happens with the 18 other comedy pilots in play.

You’ll notice a similar theme in most of these pilots. They involve leading ladies. NBC seems determined to cater to the female crowd, which is not a bad strategy.

A To Z (single-camera): Set in a world of an online data company that details the A to Zs of a relationship.

Bad Judge (single_camera): A hard living, sexually unapologetic woman who plays by the law, and whose life on the edge is constantly in balance because she’s a judge in the Criminal Court system.

Ellen More or Less (single-camera): A formerly obese thirty something woman who has just lost her weight experiences life and relationships from her very unique perspective.

Thoughts: Is this premise enough for a whole series? I remember it being a fun side plot for the character of Monica in Friends, but I’m not sure I need to see a whole series about it.

Feed Me (single-camera): A dysfunctional family bound by love and the restaurant they run together.

Thoughts: Mary Louise Parker has been cast as the lead and no other cast has been mentioned. She is just coming off Weeds. I just wonder how much of the burden she’ll have to shoulder on this series and if they’re going for a Weeds type vibe. The writing will be crucial, but then again isn’t it always?

Fifth Wheel (multi-camera): A woman learning to deal with being the only single person in her group of friends.

Thoughts: Like a female Raj of The Big Bang Theory? Will she be the dysfunctional one or the normal one? They don’t have a lead yet and it’s from ABC Studios. It’s going to have to be super good to be picked up.

Lifesaver (multi-camera): Two polar opposites are linked after one saves the other’s life.

Love Is Relative (multi-camera): A man and a woman see their marriage in a whole new way after her newly divorced brother moves in.

Thoughts: Unless that divorced brother is Chris Elliott (it isn’t), I’m not interested.

Marry Me (single-camera): A young couple gets engaged and realizes it’s harder than it looks.

The Mason Twins (single-camera): Fraternal twins connect after 15 years apart when one’s perfect city life has fallen apart and she returns to find that her sister hasn’t matured past her teen queen days.

Thoughts: Anyone remember the show Ed? I loved Ed. Big city lawyer moves back to his old hometown and buys the local bowling alley. It was quirky and fun, and boosted by the quirky characters that were part of the town. If that’s a direction this show would like to go, it could work.

Mission Control (single-camera): A comedy set in 1962. A strong woman butts heads with a macho astronaut in the race to land on the moon.

Thoughts: Like I said before, I’ll never call a premise too “off the wall” thanks to Sleepy Hollow actually working, but I like the casting. Krysten Ritter and Michael Rosenbaum stand out for me, and Tommy Dewey is the other lead. This also has Will Ferrell’s name behind it, so that won’t hurt.

The Money Pit (multi-camera): Remake of the movie of the same name. A couple is tricked into buying a distressed sale mansion requiring an endless string of repairs.

Thoughts: How can this work? For one, I never liked the original film. Two, doesn’t the whole thing sound like it would get old after a few episodes? Three, adaptations of old films and TV shows seems to be really bombing these days.

Old Soul (single camera): Lyonne is a woman trying to find herself, but works as an aide to a group of elderly people.

Thoughts: Ellen Burstyn, Fred Willard, and Rita Moreno are names that stand out, but I thought NBC wanted younger viewers. Isn’t that why Harry’s Law was cancelled?

One Big Happy (multi-camera): A lesbian and her straight male best friend get pregnant just as he meets and marries the love of his life.

Thoughts: Sounds like Will and Grace plus a baby.

The Pro (single camera): A former tennis doubles champion whose career flame-out and misguided investments has left him working as a pro in a golf and tennis club. He tries to hustle and charm his way back into America’s 1%.

Thoughts: You had me a Rob Lowe. He’s perfect for this role! I know, I still haven’t gotten over my 80’s crush on the guy. He broke my heart when he left The West Wing! So yes, count me in. The premise has potential but man, it could royally flop too. It could be too high risk for NBC to bear.

Two To Go (single camera): The last two singles in a group of friends moving into marriage and parenthood.

Thoughts: This is often a popular theme in sitcoms. NBC recently had Up All Night, remember?   It all boils down to cast chemistry, writing, and if NBC can actually generate interest. I just think the premise is a bit too tired for the latter to happen.

Untitled Jerrod Carmichael Project (single camera): A consummate optimist who is eager to take on the world, but is too busy taking on everyone and everything in his small corner of it.

Thoughts: Sounds like me running my Supernatural fan site. I feel his pain. However, I don’t see NBC jumping on this one.

Thoughts: I’ll comment on the last two. I grew up watching TV in the 70’s. Who could forget variety television? It was cheesy, hokey, family friendly, and I watched it all. I don’t know who Lou Wallach is, but if you attach a name like Maya Rudolph to a project this like, NBC has a HUGE chance of bringing variety back. I can think of two hours right now that could use a show like this, Sundays at 7pm and Fridays at 8pm. The question is, how do you modernize a variety show? The closest thing on air right now is Saturday Night Live and copying that doesn’t seem ideal, but NBC could push for that anyway, especially when Lorne Michaels is the producer. I would imagine they would want to go for more Carol Burnett show and less Donny and Marie, but who knows. Bottom line, I love the idea of them trying to reboot primetime variety. It’s worth the experiment, and NBC has nothing to lose at this point.

Coming up next, NBC dramas, aka, “We don’t have to try so hard with these.” 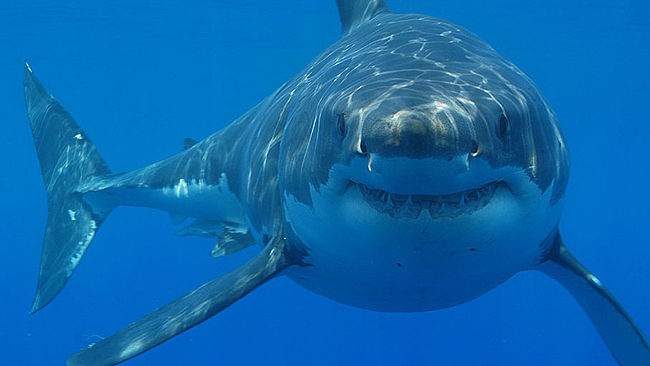 Last but…okay least too, The CW has announced it’s 2014-2015 fall schedule!  This one is far less risky that last season’s, and once again they… 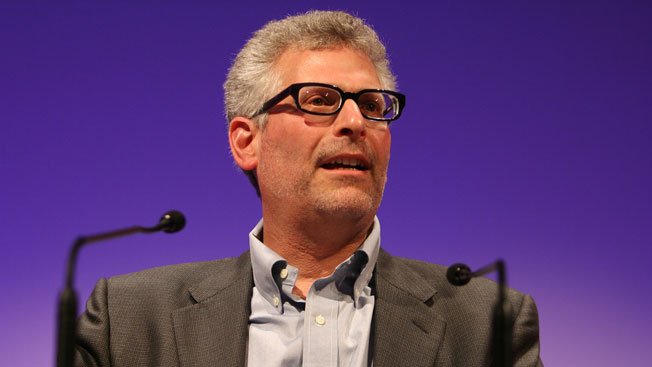 I love it when CW President Mark Pedowitz speaks.  So many out there are easy to criticize, calling his claims that Nielsen doesn’t accurately count… 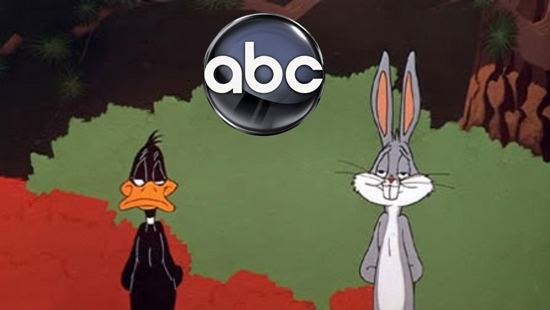 ABC’s schedule is now out and what do you know, this network went and did something right!  They eliminated a bloated hour of Dancing With…

Well, that was quite a day.  Talk about being screwed with your pants on.  Yes, ABC, NBC, and CBS finished their carnage decisions about the fates…